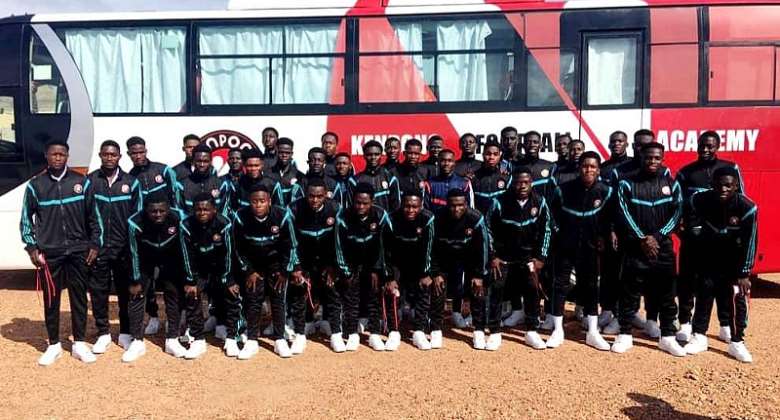 A former director of Asante Kotoko, Mr Kennedy Somuah Agyepong, has expressed his appreciation to Otumfuo Osei Tutu II for the privilege to serve the club almost two decades ago as it provided him with invaluable experience in football management.

He said that experience, alongside personalities such as Messrs Paul Victor Obeng, Herbert Mensah, Osei Kwame (Despite) and Kwabena Kesse of the Kessben Group, inspired the decision to set up the Kenpong Football Academy to develop young talents and provide them with career pathways in football.

He said the Asantehene had always taken keen interest in his welfare long after his active years in the Kotoko management and on the club's board, for which reason he was indebted to the Asante monarch.

Mr Agyepong, chairman of the Kenpong Group of Companies, said Otumfuo had been, particularly, helpful and interested in his welfare all these years to the extent that he sent a strong delegation to mourn with him in Kwahu during the funeral of his (Kenpong's mother) a few years ago.

He made the remarks at the end of a tour of the Ashanti Region by Winneba-based Kenpong Academy during which they scouted for talents and also played against Kotoko in a friendly match.

"Otumfuo gave me the foundation and in football management and it is that dream to build a solid side that inspired the formation of Kenpong Football Academy," said Mr Agyepong who served on the Kotoko board from 1999 to 2003 and has since been providing financial support to the Porcupine Warriors.

At the start of the regional tour, Kenpong Academy, led by former Kotoko captain and Black Stars Coach, Kwasi Appiah, paid a courtesy call on the Asantehene at the Manhyia Palace in Kumasi. The delegation included former Kotoko stars, Frimpong Manso and Emmanuel Ampeah, as well as the immediate past Technical Director of the GFA, Mr Francis Oti Akenten.

Mr Atta Poku, a nephew of Otumfuo Osei Tutu II, received the delegation and told the Asantehene that the academy aimed at scouting for the best young talents available and providing them with the best environment and technical support to develop their full potential and also feed Kotoko.

Kenpong Academy was founded on February 28 this year and is under the technical direction of experienced coaches Kwasi Appiah, Oti Akenten, Frimpong Manso, Edward Ansah and Emmanuel Armah (Senegal).