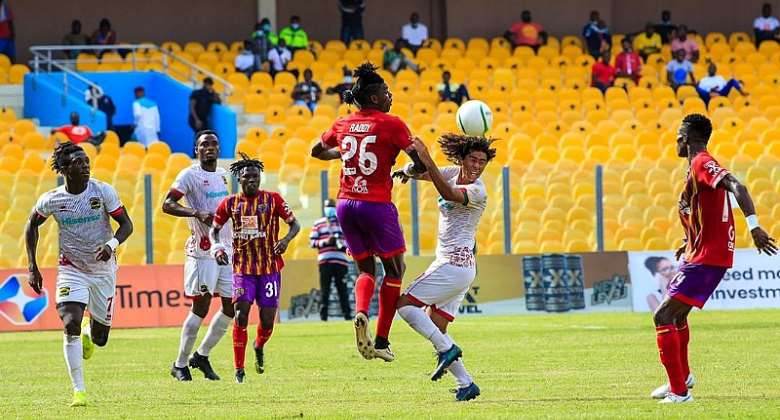 The Ghana Football Association (GFA) has announced that it has postponed the upcoming Super Clash between Hearts of Oak and Asante Kotoko.

The two rival clubs were originally scheduled to lock horns on Sunday, December 12, 2021, for the first meeting of the 2021/2022 Ghana Premier League season.

However, due to the tight schedule of Hearts of Oak as a result of their participation in the CAF Confederations Cup, the Ghana FA has resorted to postponing the game.

“The Ghana Football Association wishes to announce that the Ghana Premier League Match Day 7 fixture between Accra Hearts of Oak and Asante Kotoko has been rescheduled.

“This is due to the itinerary of Hearts of Oak in respect of the 2nd leg of the CAF Confederation Cup play-off tie against JS Saoura which makes them unable to return in good time to honour the fixture.

“The Ghanaian Champions are expected to return home on Friday, December 10, 2021 – making it impossible to play the match on Sunday, December 12,” a statement issued by the GFA on Tuesday, November 30, has said.

It concludes, “A new date would be communicated in due course.”

Hearts of Oak are expected to depart Ghana on Wednesday to honour the second leg encounter of the tie against Algerian outfit JS Saoura.

The Phobians hold a 2-0 advantage from the first leg and will hope to secure a good result from the second leg in order to progress to the Group Stage of this season’s CAF Confederations Cup competition.