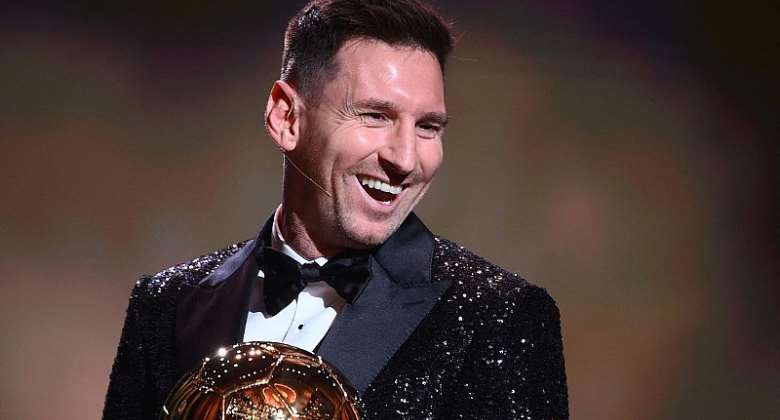 Real Madrid midfielder Toni Kroos believes Cristiano Ronaldo should have come ahead of Lionel Messi in the voting for the 2021 Ballon d’Or.

While there was plenty of discussion over whether Lewandowski should have scooped the top award rather than being crowned Striker of the Year, Ronaldo’s sixth-place finish did not stir much debate.

However, Ronaldo’s former team-mate Kroos has not only argued that the Manchester United forward was better than Messi in 2021, but also thinks Karim Benzema should have won the Ballon d’Or.

"For me, Karim would have been the number one if you were really looking for the best individual player of the last year, because I can see from close quarters what an outstanding footballer he is," Kroos told his official podcast Einfach mal Luppen.

"When I see how many decisive goals Cristiano has scored lately - Manchester United are still in the Champions League thanks to him alone - then, in my eyes, Cristiano would have also come before Messi."

IT'S ABSOLUTELY NOT DESERVED. THERE IS NO DOUBT THAT MESSI, WITH CRISTIANO, HAS BEEN THE PLAYER OF THE LAST DECADE, BUT THIS YEAR THERE SHOULD HAVE BEEN OTHERS AHEAD OF HIM.

Another of Ronaldo’s former teammates was also critical of the final standings.

Ex-Real Madrid goalkeeper Iker Casillas wrote on Twitter: "It is increasingly difficult for me to believe in football awards.

"For me, Messi, he is one of the five best players in all of history but you have to know how to list the most outstanding players in a season. It's not that hard."

Messi himself acknowledged that Lewandowski deserved to win a Ballon d’Or award due to his superb scoring form.

The pair finished just 33 votes apart and Messi paid tribute in his speech to Lewandowski, who likely would have won the award last year if it wasn’t cancelled because of the Covid-19 pandemic.

You have collapse the economy, now you want us to pay E-Levy...
5 minutes ago