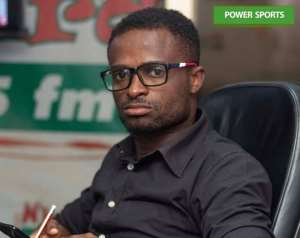 Tough taking trainer, Ignatius Osei Fosu is set to be been named as the interim manager of Legon Cities.

With Maxwell Konadu set to join the Black Stars for the upcoming delayed 2021 Africa Cup of Nations [Afcon] next in Cameroon, the former Medeama SC gaffer will take charge of the club on an interim basis.

The continent most prestigious tournament will kick off on January 9 to February 6, 2022, with the Black Stars aiming to win the trophy.

Milovan Rajevac and his technical team will open camp ahead of the tournament with Konadu expected to join the team.

The former Asante Kotoko returned to the Black Stars as second deputy coach following the re-appointment of the Serbian trainer in September this year.

However, Konadu who took charge of Legon Cities with three games to end the season has been poor in the ongoing 2021/22 season.

After five matches played, the Royals sit on the 12th position with just 5 points. Cities have won just a game, losing two and drawing two.

Osei Fosu has been turning up at the training grounds of the club as he prepares to take charge of the club on an interim basis.

Osei Fosu, who is a former Techiman Eleven Wonder coach was sacked by Medeama SC after just three games played in the ongoing season.

Maxwell Konadu will lead Legon Cities when they play as guest to Ashgold in the matchday six games at the Len Clay Stadium this weekend.

Akufo-Addo doesn't have to advertise his reshuffle — Kyei-Me...
25 minutes ago

Stop threatening ECG Staff, we are losing out livelihood — N...
25 minutes ago