“I will be champion again”, says Sheriff Quaye 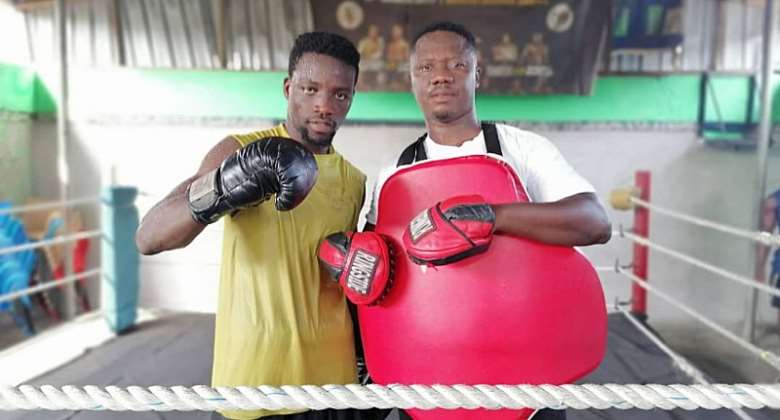 Former national champion, Sheriff Quaye says he wants to be champion again, but this time on a bigger scale.

The crafty boxer says it is time to rise again for bigger and better opportunities.

“I must win at all cost to make Ghanaians and my coaches proud,” he said.

Swavy Blu Promotions in collaboration with Bronx Boxing Promotions will stage the WBO Africa Lightweight championship between Sheriff Quaye (20-3-1) of Ghana and Emmanuel Amos (16-5-1) of Tanzania on December 10 at the Golden Beach Hotel also known as Royal Dede Resort.

The bout is named "The Renaissance" and former president of the Ghana Boxing Authority GBA Samir Captan, now WBO Africa president has advised Quaye to capture the opportunity to reach the ultimate, as he will be automatically rated 15th in the world if he grabs the African title.

He warned boxers to be disciplined and appreciate the efforts of their manages and promoters.

Meanwhile, Mr George Lamptey President of the Ghana Boxing Federation is pleased that the promotion will feature some amateur bouts.

Sheriff Quaye aka ‘One Time’ said fighting for the WBO title is a great opportunity which he will grab to become a champion again. He thanked his fans, coaches, gym mates and the media.

Coach Carl Lokko of the Bronx Gym said it is time for Sheriff to shine again on the bill which has many exciting boxers featuring.

The bill will feature Jacob Laryea aka 'Chorkor Fire’ and other crack boxers from the Bronx Gym.

Let’s come together to build a resilient, prosperous society...
28 minutes ago