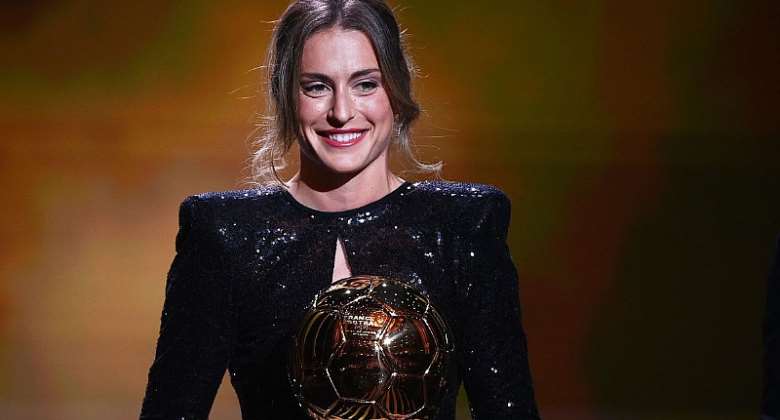 Having already been crowned UEFA Women’s Player of the Year, Putellas was favourite to land the award handed out by France Football.

The Barcelona captain, 27, steered her side to the Spanish league and cup in 2020-21, and then completed the treble when beating Chelsea in the Champions League final.

Putellas scored from the spot in the 4-0 win over Chelsea, while she was named MVP in the Copa de la Reina final when scoring twice.

She follows in the footsteps of Ada Hegerberg and Megan Rapinoe in picking up the Ballon d’Or Feminin.

Chelsea duo Jessie Fleming and Fran Kirby were ninth and 10th respectively, while their captain Pernille Harder was seventh.

What's the big deal if military is withdrawn from Speaker Ba...
27 minutes ago

Bogoso explosion: 500 houses blown into pieces at Appiatse
29 minutes ago