Neymar out for up to eight weeks after injury 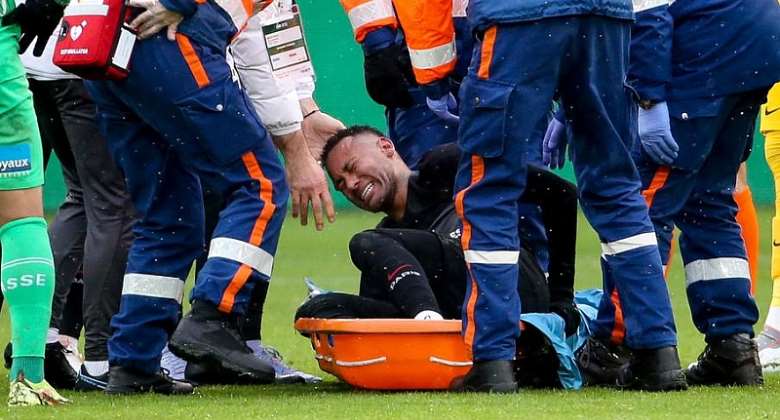 The 29-year-old twisted his ankle in the dying seconds of the match after treading on the leg of St Etienne's Yvann Macon which left him screaming in agony before he was carried off.

"The examinations carried out last night confirm that Neymar Jr suffers from a sprained left ankle with ligament injuries. Unavailability of six to eight weeks is to be expected," PSG said, adding his injury will be evaluated again in 72 hours.

Neymar had earlier said in an Instagram post that setbacks were part of an athlete's life and vowed to "come back better and stronger."

PSG's Lionel Messi set up all three goals in the game as they stretched their lead at the top to 12 points.