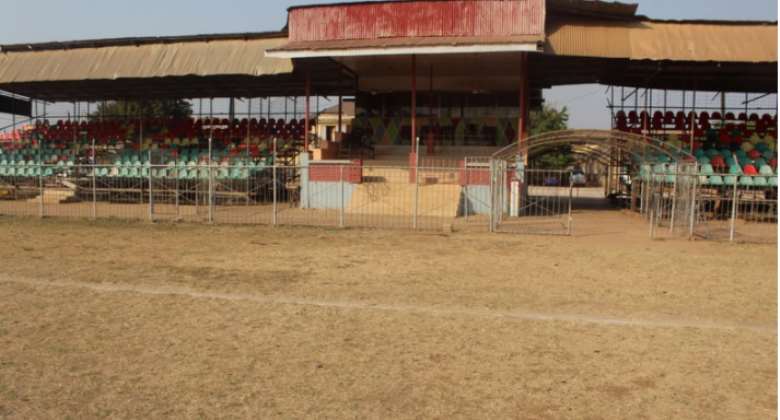 Member of Parliament for Sunyani East, Kwasi Ameyaw-Cheremeh has said the delay in renovating the Sunyani Coronation Park is because the Chinese partners in charge of the project have all been killed by COVID-19.

According to him, the contractor who was supposed to handle the renovation has lost his Chinese partners to the global pandemic.

Speaking in an interview, the lawmaker noted that plans were underway to find an alternative way of getting the Sunyani Coronation Park renovated as soon as possible.

“I was having some discussion with some leaders and I told them about plans to renovate Sunyani Coronation Park,” the legislator said on Kumasi-based Nimdee FM.

“I thought it was a secret but it was however leaked. It is true but unfortunately, Covid-19 has killed the partners of the contractor in China. We are now trying to get alternative means to work on it."

However, the venue has been left unattended to by successive governments, making it unconducive for football.

Before the start of the 2021/22 season, the Club Licensing Board of the Ghana Football Association (GFA) declared the venue as unfit to host matches.

Meanwhile, the government has included the renovation of the Sunyani Coronation Park in its 2022 Budget.

“In 2022, the government will continue with the construction of the Abiriw and the New Edubiase sports stadium, as well as commence the rehabilitation of the Sunyani coronation park stadium,” Finance Minister, Ken Ofori-Atta said during the presentation of the budget on November 17.

You have collapse the economy, now you want us to pay E-Levy...
59 minutes ago