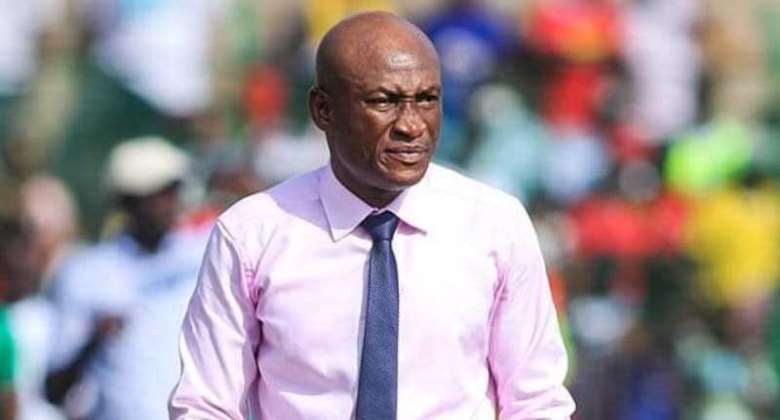 Asante Kotoko coach, Prosper Narteh Ogum has said he is satisfied and impressed with the performance of his players in their stalemate against Karela United.

The Porcupine Warriors were welcomed to the CAM Park in the matchday five games on Sunday.

Kotoko were however hoping to keep their winning streak intact but dropped two points against Karela United with midfielder Richard Boadu being sent off.

The former WAFA coach gave his view on the red card, stating he only saw his player win the ball but it happened already and had to implement something to contain them after going a man down.

"I think from where I stood, I saw Agadas getting the ball but maybe the referee was very closer so he had a clear view," he reiterated after the game.

"We had no option than to make some tactical variations and also changes by bringing in Keyekeh and Sheriff to contain their pressure after the red card," he added.

Kotoko still sit top of the league log with 13 points.

The Porcupine Warriors will engage regional rivals King Faisal FC in the next round of matches at the Ohene Gyan Stadium this weekend.