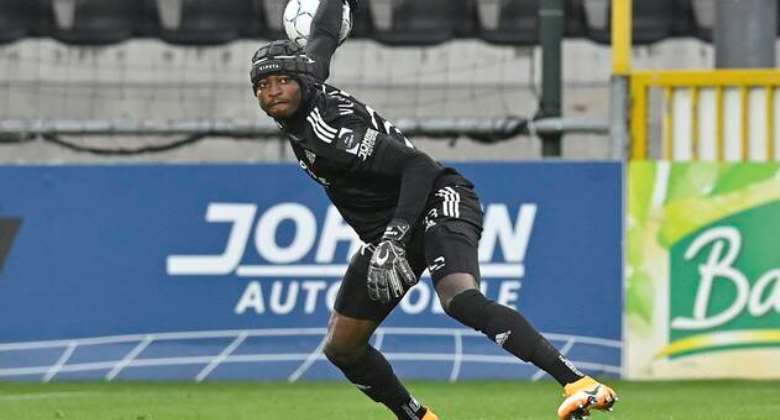 The young shot-stopped was in the post for his team over the weekend on Saturday when they drew 2-2 against K.V. Kortrijk in the Jupiler Pro League.

Although he conceded two goals, it was his heroic saves in crucial moments that ensured that KAS Eupen finished the match with a point.

Having earned a high rating of 7.7 at the end of the game, Abdul Manaf Nurudeen has finished the weekend as the best Ghanaian player abroad.

He clinches the top spot in the list of top 10 put together by Modernghana Sports partners SofaScore.

The likes of Solomon Owusu, Alexander Djiku, Yaw Yeboah, and Isaac Donkor who were in impressive form for their clubs over the weekend complete the list of top 10.

In the weekend under review, Jeffrey Schlupp was an unused substitute when Crystal Palace lost 2-1 to Aston Villa. However, Jordan Ayew was introduced in the second half to help the Eagles.

Daniel Amartey also watched from the bench on Sunday when his Leicester City outfit defeat Watford 4-2 in the English Premier League.