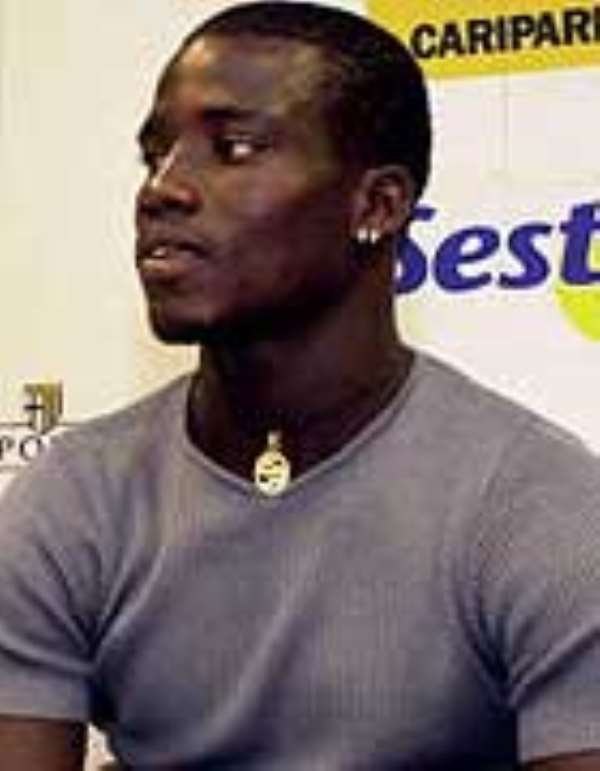 Ghana international Stephen Appiah is delighted to have joined Italian champions Juventus on loan from Parma for $A3.5million. The young midfielder, who spent last season on loan from Parma at Brescia, has confirmed that he will play next season for Marcello Lippi's outfit - which has an option to buy him after the loan spell for $10.5million. "I was aware that I would have probably been signed by a top team but I never magined it would be Juve. I am very happy because they are one of the biggest clubs in the world," said Appiah to Italian sports newspaper Gazzetta dello Sport. Appiah was a regular in Carlo Mazzone's starting line-up, scoring seven league goals last season and contributing to Brescia's ninth-placed finish, a position that earned them a place in the Intertoto Cup. He arrived in Italy during the 1997/98 season with Udinese before making a permanent move to Parma, who farmed him out on loan to Brescia last season. The 22-year-old is Juve's third acquisition this summer following the signing of former Chievo defender Nicola Legrottaglie and the return of Enzo Maresca from a loan spell at Piacenza. Appiah is aware that competition will be greater at Juve with Dutch midfielder Edgar Davids and Italian midfielder Alessio Tacchinardi in pole position to keep their places in the Bianconeri midfield. "I am a new acquisition and I have to prove my quality to my team-mates and my coach, I am very enthusiastic," continued Appiah.

Juventus are set to present Appiah next month as he is currently in his home country with his national team preparing for a qualifying match for the African Cup.