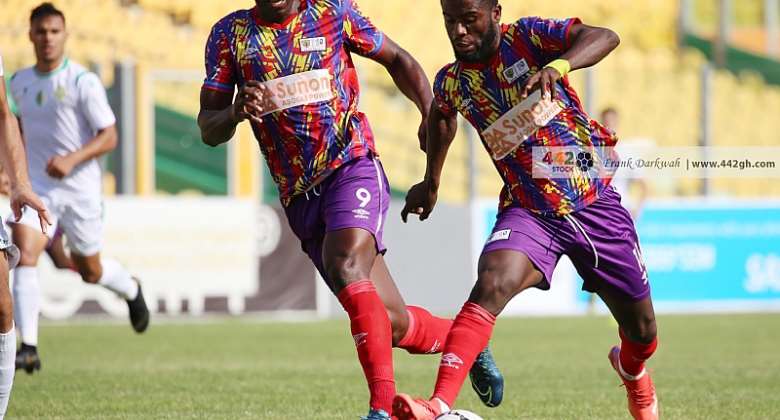 Hearts of Oak head coach, Samuel Boadu believes his side were wasteful despite their win against JS Saoura.

After being crashed out of the CAF Champions League by Wydad Atheltic Club, the Ghana Premier League dropped to the Confederations Cup.

In the playoffs, the Phobians hosted the Algerian side in the first leg at the Accra Sports Stadium on Sunday.

Playmaker, Ibrahim Salifu broke the deadlock before in the first half substitute Isaac Agyenim Boateng rose from the bench to wrap up the victory to end the 2-0 in favour for the Phobians.

Speaking after the game, Boadu admitted that it was a good game but could have scored more goals.

"I saw their training at the McDan town Park. Tactically they are good and have better and quick movements," he said.

"We knew they deal with long balls sometimes so we did all we could to stop their supplies.

"I'm not happy with the scoreline because we created a lot of opportunities but is quite unfortunate we couldn't take all those chances.

"We have learnt a lot from the WAC game heading into the second leg," he added.

Samuel Boadu and his charges with a two-goal advantage will be travelling to Algeria this weekend for the return encounter at the Stade 20 Août 1955, precisely in Béchar.