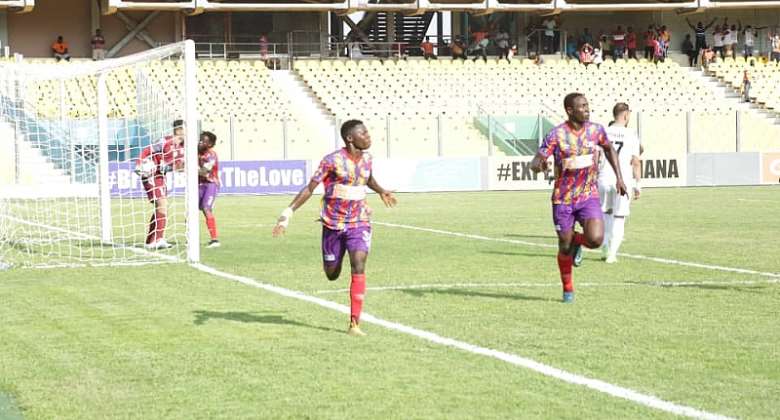 Hearts of Oak on Sunday afternoon put up an impressive display to hammer JS Saoura 2-0 at the Accra Sports Stadium.

The Ghana Premier League champions today hosted the side from Algeria in the first leg tie of the playoff round to the group stage of the CAF Confederations Cup competition.

In a game where the Phobians had to win, the players fought hard throughout the 90 minutes to make it possible.

First, Ibrahim Salifu opened the scoring for Hearts of Oak in the 15th minute when he powered home a header after getting on the end of a cross from attacker Daniel Afriyie Barnieh.

Later in the second half, the home team netted the second goal in the 72nd minute when substitute Isaac Agyenim Boateng scored with a fine finish after an assist from defender William Denkyi.

The win gives Hearts of Oak a good advantage that could come in handy when the team travels to Algeria next weekend for the second leg of the encounter against JS Saoura.

Watch highlights of the match below:

Finance Minister announce transactions to be excluded from E...
44 minutes ago