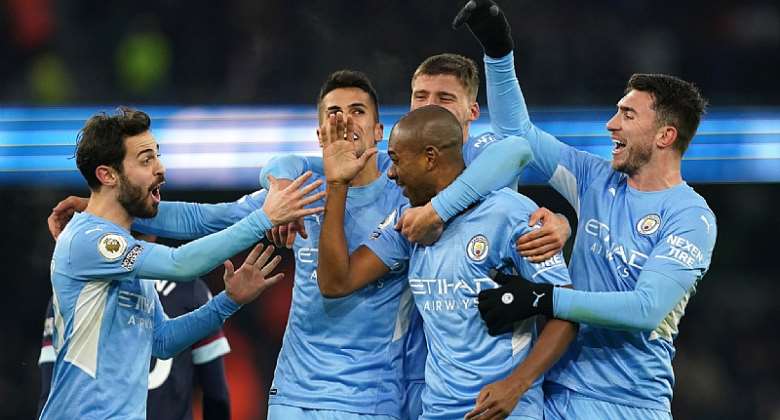 It wasn't vintage Manchester City, but they did enough to take all three points in a 2-1 win over West Ham at the Etihad Stadium.

In a game where third played fourth, the first half started with an excellent tempo in which both sides threw caution to the wind, creating opportunities where perhaps both could have snatched first blood.

Kyle Walker went close with a low drive from distance that went just wide of the far post, and Michail Antonio bustled and hit the side netting from a tight angle as the two teams jostled for supremacy in the early exchanges.

It would be City captain Ilkay Gundogan who got the vital touch to set his side on the way to three points, prodding home after a Riyad Mahrez cross-shot was deflected by Arthur Masuaku, - a hammer blow for David Moyes' men as they struggled to come back from that particular sucker-punch.

Lukasz Fabianski was called into a double save from Joao Cancelo and then Riyad Mahrez on the stroke of half time, and Ederson had to have strong wrists to parry Declan Rice's long-range effort on 78 minutes.

The visitors came out with more caution in the second half, struggling to retain possession as the hosts pressed for that elusive second goal, which finally came from Fernandinho off the bench, as he finished a wonderful move coming out of the left corner, slotting home his compatriot Gabriel Jesus' cut-back.

Bernardo Silva thought he'd made it three immediately after with a beautiful chipped finish, but the flag denied him getting his name on the scoresheet.

West Ham would get a consolation goal; a wonderful strike off the woodwork from substitute Manuel Lanzini, but it would mean nothing as City played out the rest of the 90 minutes with great composure as the snow fell heavily in Manchester, and the champions can take some confidence with this win going into the Christmas period.