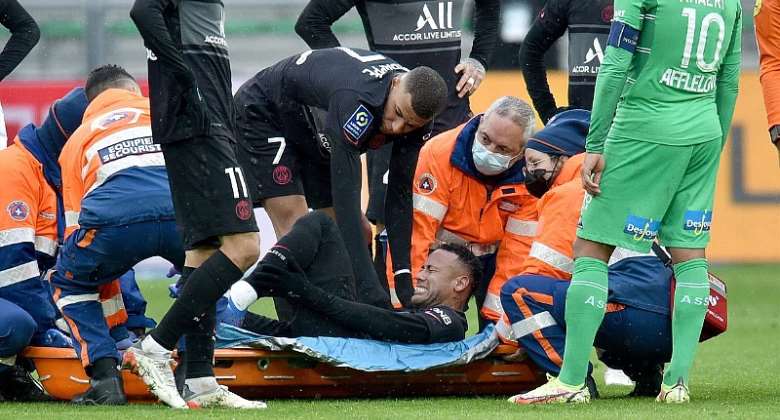 Paris Saint-Germain will be sweating on the fitness of Neymar after the Brazilian was carried off on a stretcher during their 3-1 victory over Saint-Etienne.

However, the win was overshadowed by Neymar’s injury which came following a horror tackle by an opposition player.

Sliding in from behind, the Saint-Etienne defender caused the forward’s ankle to bend at an awkward angle as he dropped to the turf.

Visibly distressed, Neymar cried out in pain before banging the ground in agony.

After receiving lengthy treatment on the pitch, it was clear he would be unable to continue and was removed via the stretcher by the medics.

The Ligue 1 leaders battled back from a goal down at halftime after Denis Bouanga had given the home side the lead.

Marquinhos scored either side of Angel Di Maria’s strike in the second half to seal the victory.

Saint-Etienne’s Thimothee Kolodziejczak was also sent off before the break and Lionel Messi grabbed all three PSG assists in an eventful game.