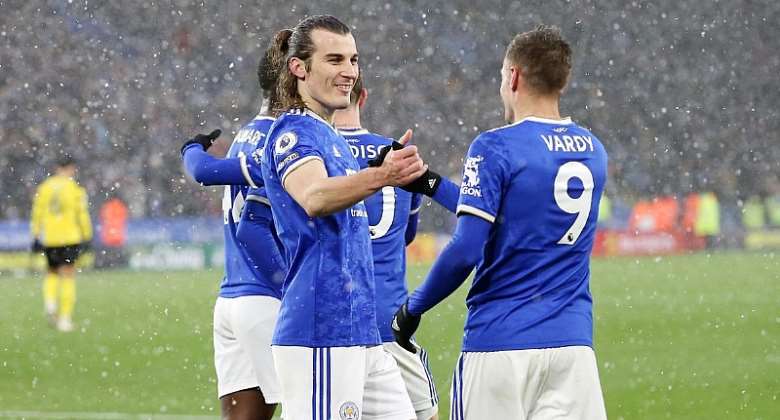 An awful error from William Troost-Ekong, who ducked expecting Daniel Bachmann to gather the ball, instead allowed James Maddison time to half-volley past the goalkeeper after 16 minutes.

Watford got back on level terms when Emmanuel Dennis was felled in the box by Wilfred Ndidi, enabling Joshua King to equalise on the half-hour mark.

Vardy scored two before the break to put the game firmly in Leicester's hands, the first a dinked finish after a fine clipped ball from Maddison and then a flicked header at the near post from a corner.

Dennis robbed Timothy Castagne in the final third and coolly waited for Kasper Schmeichel to commit himself before slotting home to get the Hornets back into the game before Harvey Barnes raced through on goal and squared for Ademola Lookman to seal the points.