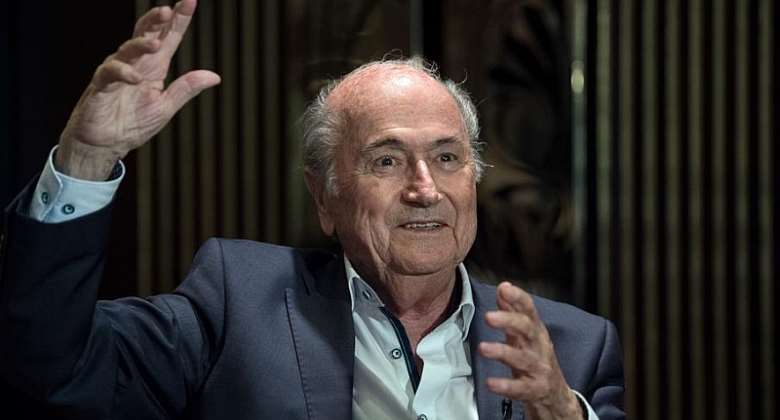 Former Fifa president Sepp Blatter has been interviewed by French anti-corruption police investigating the controversial vote to award the 2022 World Cup to Qatar.

Blatter, 85, was summoned to appear as a "witness" on Thursday and Friday, French police said, confirming a report in Le Monde newspaper.

The inquiry is being led by France's OCLCIFF anti-corruption unit.

Part of its focus surrounds a 23 November 2009 dinner, nine days before the vote, at the Elysees Palace hosted by then French President Nicolas Sarkozy.

Sitting around the table that night were Sheikh Tamim bin Hamad Al Thani, who became the emir of Qatar on his father Sheikh Hamad's abdication in 2013, Qatar's then prime minister Hamad bin Jassim al Thani, and Michel Platini, then head of Uefa.

Platini is suspected of having voted for Qatar at the request of Sarkozy, an allegation he denies.

The former French football great's vote helped determine the result of 14 votes for Qatar against eight for the USA on 2 December in Zurich.

Platini was questioned by French police over the affair in 2019 without being charged.

He told a recent edition of Le Monde that he had made up his mind to vote for Qatar "very early" on and without any pressure from Sarkozy.

Investigators are also looking at a $300 million contract with a $100 million bonus for Fifa giving the television rights for the 2018 World Cup in Russia and the 2022 one in Qatar to Qatari television station Al-Jazeera if Qatar was awarded the tournament.

Blatter's hearing was held at the Swiss Public Prosecutor's office in Zurich and was part of the legal process into the Qatar vote opened by France's National Financial Prosecutor's Office (PNF).

Blatter was Fifa president between 1998 and 2015 when he was forced to stand down and banned from football for eight years, reduced later to six, over ethics breaches.

Qatar was the surprise choice over the apparent strong favourites, the United States.

As well as the French police probe, investigations into the 2022 bidding process are being conducted in the US and in Switzerland.