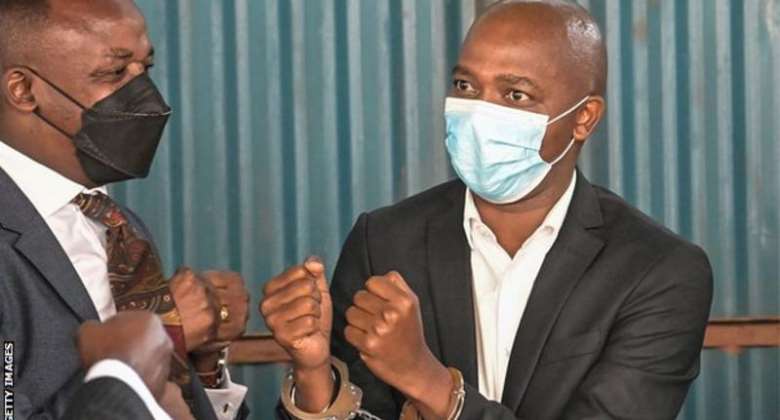 The president of Football Kenya Federation Nick Mwendwa has been re-arrested and is set for another weekend behind bars.

His lawyers have confirmed that Mwendwa was detained at the Directorate of Criminal Investigations (DCI) on Friday just a day after a legal case against him was closed.

There has been no official reason given for his latest apprehending, which comes exactly two weeks after an earlier arrest that saw him spend a weekend behind bars.

He was then released on Kshs4 million (approximately $36,000) bail as further investigations were carried out, which resulted in the case being closed.

He has previously denied any wrongdoing.
The latest developments also come a day after officials from football's world governing body, Fifa, held a virtual meeting with representatives from the Kenyan government.

Thursday's discussions were held to try and resolve issues in the administration of the sport in Kenya following the government's decision to replace Mwendwa with an interim committee.

The outcome of that meeting has not been made public as yet but Kenya are risking a ban from global football for governmental interference.

When Mwendwa was first taken into custody, an FKF spokesman said: "He was not given any reason why he was arrested, so we are still trying to follow up."

The first arrest and subsequent investigation came after a report earlier this year commissioned by Kenya's Sports Ministry, which recommended that authorities should look into the FKF.

The report was intended to establish "the extent to which the misappropriation of funds in FKF may have occurred, with a view of prosecuting those who may be found culpable".

Fifa officials were recently in Nairobi conducting their own audit into the FKF, which Mwendwa has led since 2016.