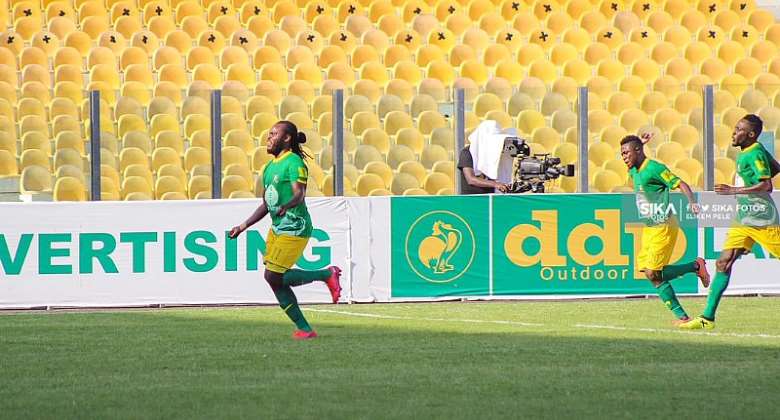 Experienced striker, Yahaya Mohammed scored with a spectacular strike from a direct free-kick on Friday afternoon to propel Aduana Stars to a 1-0 win against Legon Cities FC.

The Dormaa-based club in their first four matches of the 2021/2022 Ghana Premier League season struggled and as a result, only recorded one victory.

For a team looking to fight for the league title this season, Aduana Stars today visited the Accra Sports Stadium keen on beating the matchday five opponent.

In what turned out to be a closely-contested affair against Legon Cities FC, a single goal separated the two sides.

Strong and evergreen forward Yahaya Mohammed found the back of the Legon Cities FC net in the 27th minute with a powerful drive to shoot Aduana Stars into a deserved lead.

Despite the tough battle in the second half, the score on the scoreboard remained unchanged with Aduana Stars holding on to win 1-0 to record a second victory of the Ghana Premier League season.

You have collapse the economy, now you want us to pay E-Levy...
42 minutes ago