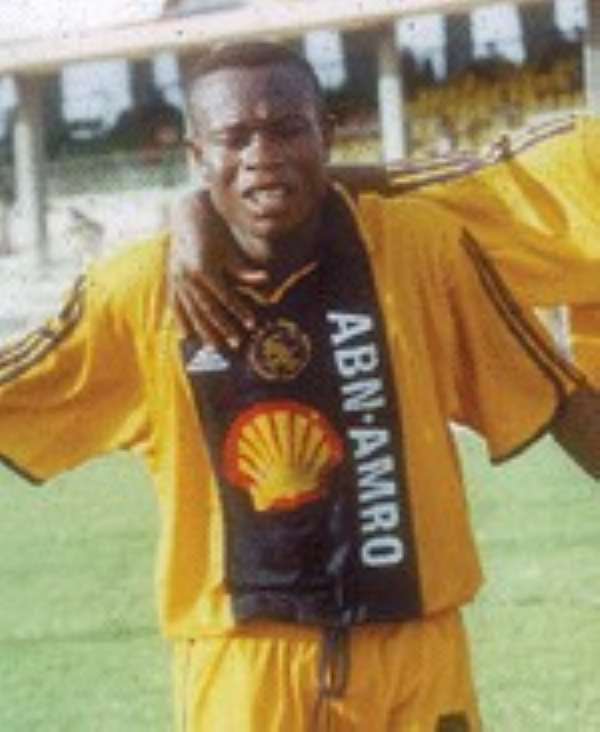 Obuasi Goldfields have halted Kumasi Asante Kotoko’s perfect start to the season in the Kinapharma premier league. The three time league champions held the Porcupine Warriors to a 1-1 draw at the Kumasi Stadium.

It was the first time this season that Kotoko had let in a goal in this season. Goldfields scored first in the 20th minute through Shaibu Yakubu from a George Eranio cross. Goldfields then held on to the lead courtesy some fine defending by Kofi Amoako, great goalkeeping by Abubakari Kankani and inspirational play by James Boateng.

But Boateng let Goldfields down when he punched Michael Osei, forcing the referee to red card him. It proved the turning point in the game with Kotoko taking advantage of their numerical advantage to press ahead for the equalizer.

Goldfields still held on with Kankani in brilliant form but Kotoko’s unyielding spirit showed with three minutes to go. Captain Joe Hendricks powered from his defensive position to lay on the pass for Isaac Boakye to score his sixth goal in four matches for Kotoko.

Luv FM’s Christopher Opoku who saw the match says Goldfields were by far the better team on the day in almost every department of the game and would count themselves unlucky not to have taken all three points.

The draw gives Kotoko ten points from four matches this season. Goldfields have eight points from the same number of matches. In the other outstanding league match this afternoon, Liberty Professionals and RTU drew goalless.