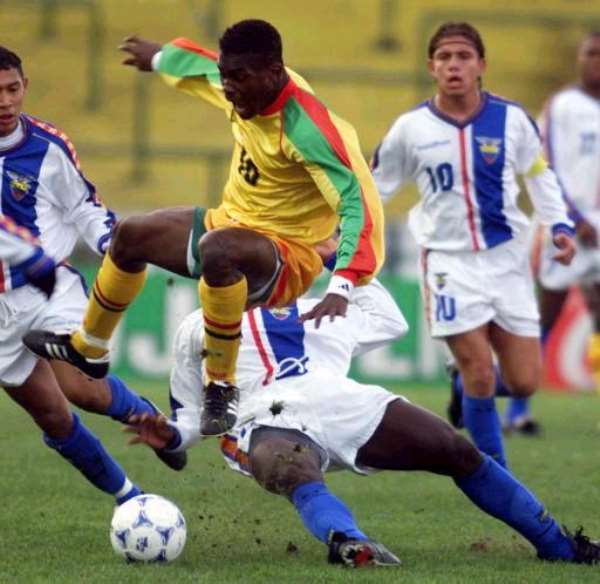 MIDDLESBROUGH look unlikely to add another Boateng to their ranks, after Ghanaian star Derrick was sent back to Greek outfit Panathiniakos following a spell with the club. The Ghana star spent time on trial on Teesside at the beginning of this month, but it does not appear he will be returning. Steve McClaren ran the rule over the African starlet, who he has been chasing for a number of months. However, the 20-year-old is now back in Greece after failing to land a permanent deal with the Teessiders. French agent Fabien Piveteau, who was involved with the deal, confirmed that Boateng had left Boro. "He did not get an offer from Middlesbrough," Piveteau said. "I don't think they thought he was what they needed. "He is now back in Greece, but could end up on trial elsewhere - maybe France." However, according to another very reliable source: "Boateng is still waiting for an answer from Middlesbrough. They have asked for more time as they first want to see if they can keep Geremi. So, they have not said no!"

Parliament urged to investigate roles played by SEC/EOCO in ...
7 minutes ago