Hasaacas Ladies return to Ghana after impressive debut in CAFWCL 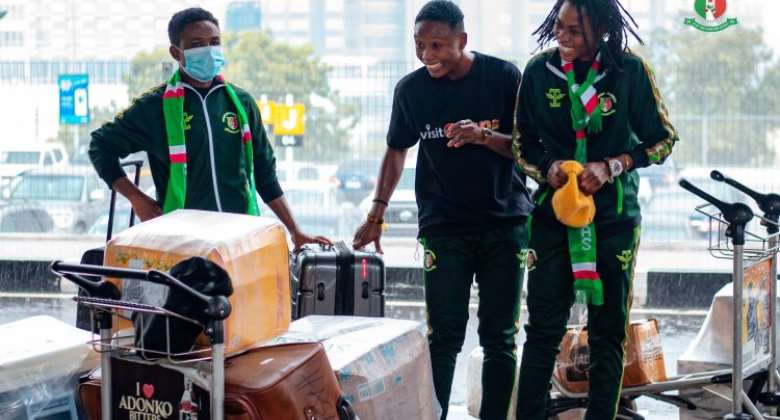 Ghanaian sole representative at the CAF Women’s Champions League, Hasaacas Ladies FC arrived in Accra on Monday, November 22, 2021, after finishing second in the maiden edition of the women’s inter-club competition.

The Sekondi-based club fell short when they faced Mamelodi Sundowns Ladies in the finals, losing 2-0 at the 30 June Stadium in Egypt.

The Hasmal Ladies made it to the maiden edition of the CAF Women’s Champions League after beating River’s Angels in the final of the WAFU-B zonal qualifiers and have been unstoppable so far in the competition.

In the tournament, they continued winning and scoring for fun. They won three games and played one draw in their run to the final.

Yussif Basigi’s side also ended the competition with the most goals scored, eight.

Despite the disappointing defeat, midfielder Evelyn Badu was named the Best Player of the tournament and also picked up the Golden Boot award with her 5 goals.

Hasaacas Ladies will now shift their attention to the Women’s Premier Super League competition and come up against Lady Strikers in their first game.

The matches will begin on Friday 25th November and will be played at the Madina Zurak Park and McDan La Town Park respectively.