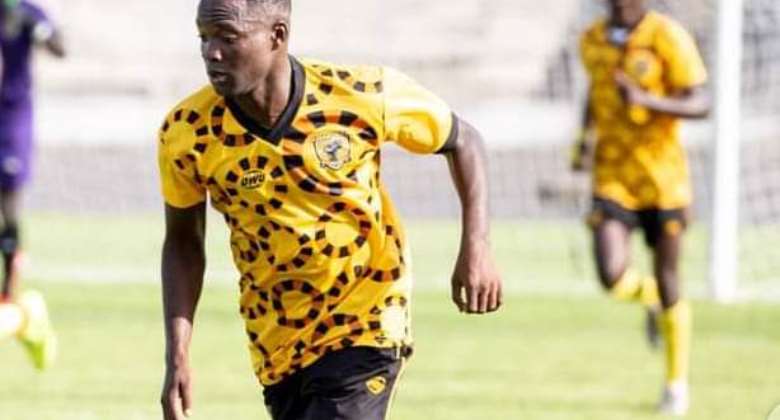 Ashgold FC on Sunday deepened the woes of the reigning Ghana Premier league champions Accra Hearts of Oak as they beat the phobians by 2 goals to nil in Obuasi.

This was Hearts' first defeat of the season. This also means their winless start to the league still continues. Ashgold on the other hand was coming on the back of a disappointing 2 nil defeat to King Faisal in Kumasi. The miners were poised to get back to winning ways.

Hearts of Oaks looked the more purposeful side after the blast of Referee Abdul Latif Adaari's whistle for the commencement of the game. Enterprising midfielder Ibrahim Salifu started dictating the pace of the game much to the delight of the vociferous fans of the Phobians.

The first chance of the game fell to Emmanuel Nettey after he was set up by Patrick Razark in the 10th Minute, but his efforts went wide.

The home team also came up with their own attempt at goal after Seth Osei put Isaac Oppku Agyeman through on goal, but his low strike agonisingly missed the posts by inches.

The best chance of the half however fell to Hearts's Patrick Razak in the 15th minute but after rounding goalie Kofi Mensah in post, the Speedster was denied by the goalpost much to the relief of AshantiGold.

The day was however over for Goalie Kofi Mensah in the 20th minute after he suffered a second injury in the game. This represented a major blow to the Miners who were counting on their safest pair of hands on the day . His place was taken by second-choice Dennis Votere.

In the 28th minute, Hearts' James Sewornu who stepped in for the suspended Mohammed Alhassan, was shown the yellow card after bringing down Seth Osei.

Hearts of Oak were presented with yet another chance, but Agyenim Boateng had his effort stopped by Votere with the ensuing corner kick wasted by the Phobians. It finished all square at half time.

After the break, the Phobians looked the more determined side but it was Ashgold who broke the deadlock of the game in the 52nd minute after a solo run by Yaw Annor found the back of the net leaving goalkeeper Richard Attah helpless.

Hearts of Oaks seem not to have antidote to the resolute defence of Ashgold Marshalled by Richard Osei Agyeman and Samed Ibrahim who later made way for Empem Dacosta.

Richard Boadu responded with the introduction of Salim Adams for Emmanuel Nettey and Patrick Razak for Afriyie Barnie.

Ashgold continued to be the more dangerous side with substitutes Kennedy Ashia and Abdul Salam proving too hot to handle by the Hearts of Oaks defence.

Hearts threw more fresh blood into the game in an attempt to find the equaliser. In a tactical switch, Isaac Mensah came in for William Dankyi whiles Nuru Sulley replaced Robert Addo Sowah who did not have one of his best games on the day.

AshantiGold put the icing on the cake in the dying minutes of the game through Abdul Salam who pounced on a rebound after Richard Attah denied Kennedy Ashia from close range.

The loss leaves Hearts of Oaks with only 3 points and languishing 15th on the league log with 3 points and Ashglold climbing up to 5th position with 7 points.

HEARTS OF OAK STARTING LINE UP