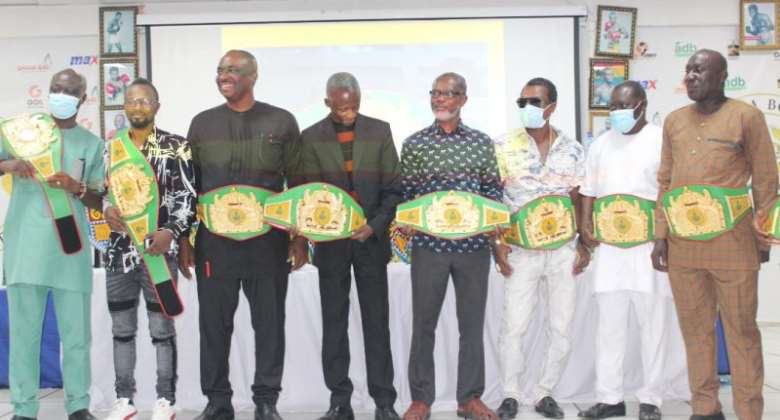 “You would agree with me that these three critical components are very essential to the realization of our vision and purpose of pro-boxing in Ghana,” the President said.

Speaking at the unveiling of the GBA website, new logo and national title belts, he said “my utmost agenda in the realization of my vision is to consider the welfare of active boxers and their trainers and coaches.”

Mr Neequaye added that he is determined to create an effective administrative setup that will enable effective communication among stakeholders.

He announced that the boxing league would be launched in the coming weeks.

Hon. Nii Lante Vanderpuye, a former Youth and Sports Minister in his address at the launch stressed the need to prioritize the development of boxing which had lots to offer the country.

He urged boxers, trainers, and coaches to be disciplined in their respective endeavours to help push the sports to the next level.

"It is about time we bring some discipline to the sport of boxing. So, this particular event is to open the door for us to create future world champions but we can only achieve that if we are disciplined," he said.

We say no to Bagbin's political charlatanism, partisan chica...
16 minutes ago

IGP cause arrest of police officer for allegedly harassing f...
32 minutes ago