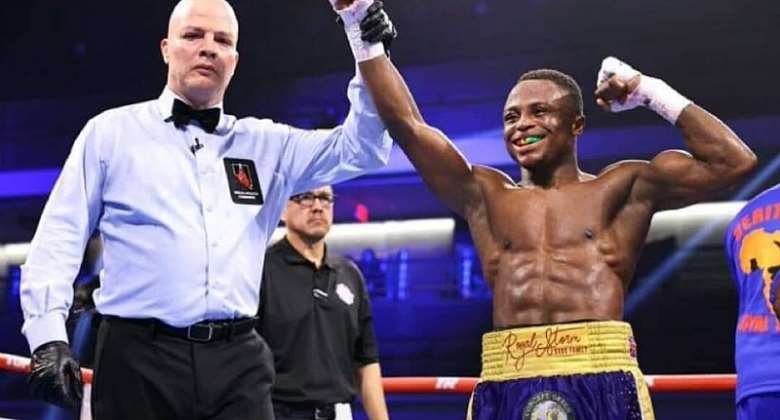 Some terrific combinations and clear shots by Isaac Royal Storm Dogboe who looked very fit helped him on the way to a majority points victory over Christopher Díaz in Las Vegas.

Dogboe is edging closer to another world title shot.

On the main card, Terence "Bud" Crawford knocked out "Showtime" Shawn Porter in the 10th round to retain his WBO welterweight world title in front of a sold-out crowd of 11,568 at Michelob ULTRA Arena at Mandalay Bay in Las Vegas Saturday night.

Crawford (38-0, 29 KOs) made the fifth defence of the title he won in June 2018 and was presented with the stiffest test of his illustrious career. Porter (31-4-1, 17 KOs), who has fought every elite welterweight of this era announced his retirement after the fight.

We say no to Bagbin's political charlatanism, partisan chica...
58 minutes ago