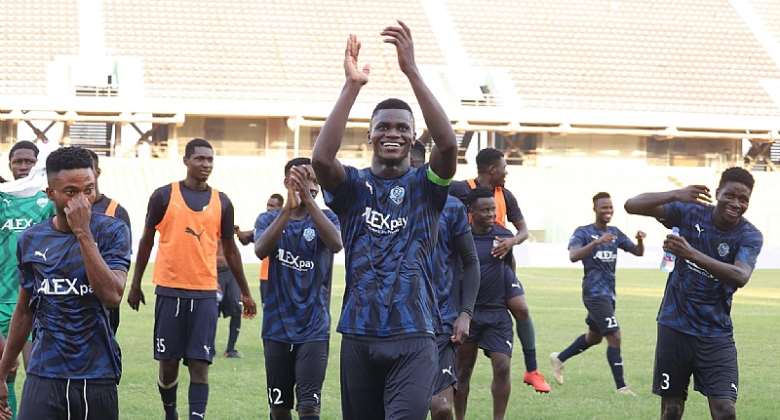 Ghana Premier League newcomers, Accra Lions FC had to put on a resolute defensive display on Saturday afternoon to defeat Bechem United 2-1 at the end of a nervy contest.

The team based in Accra today hosted the team from Bechem at the Accra Sports Stadium to battle for points on matchday 4 of the recently started 2021/2022 Ghanaian top-flight league.

On the back of three matches where the home team had drawn one and lost the other two, the team set up strong today determined to secure the first three points of the season.

Putting up a good performance, Accra Lions FC equalized through Christopher Acheampong in the 28th minute to take the lead.

Pegged behind, Bechem United resumed the second half as wounded lions with players fighting to win every single ball.

Although the visitors succeeded in scoring through a strike from Augustine Okrah in the 60th minute, Accra Lions defended with their lives in the remaining 30 minutes in order to hold on to secure an important 2-1 win at the end of the game.