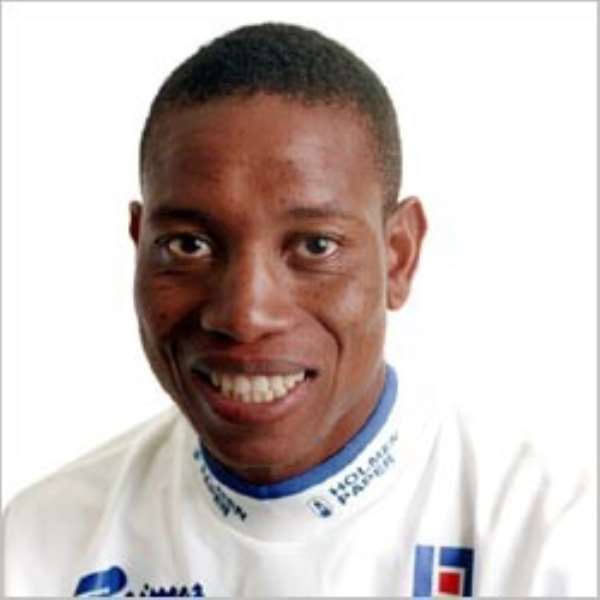 Accra Hearts of Oak's bid to land Hasaacas striker, Issa Mohammed in their camp has been put on hold by the player.

The striker is believed to have put the Hearts move on hold because he is awaiting an invitation from an Austrian club.

Soccer Express investigations have revealed that though Issa Mohammed is very much interested in playing for Hearts of Oak after turning down an offer from Asante Kotoko, he intends playing for the Phobians for a short period.

Issa is likely to sign a deal with Accra Hearts of Oak which would run out by July 2003. The former Hasaacas player is said to have rejected the Kotoko offer because he was not ready to pitch camp in Kumasi and preferred residing in Accra.

With Charles Taylor still out of their fold and the departure of newly signed on striker, Mohammed Mumuni to France for trials, Hearts' attacking options are very limited.

Officials of Hearts of Oak are doing their best to lure the young striker to join their strike force of Wisdom Abbey, Dong Bortey and Emmanuel Osei Kuffour before the premier league kicks start next month.

Issa Mohammed joined Swedish Club IFK Norkorping in February 2002 on a loan deal. Issa's season was cut short midway as injury ruled him out of action for the rest of the season after he had damaged his kneecap. The damaged knee ruled out IFK Norrkoping's hopes of signing on the 21-year-old permanently.