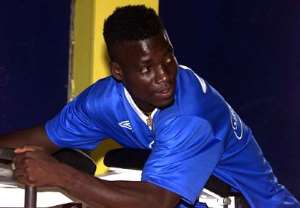 ROMA are in negotiations to sign Brescia's Ghanaian midfielder Stephen Appiah.The highly-rated African ace has been a long-term target of Fabio Capello's side and had been mooted as part of a swap deal involving Josep Guardiola earlier in the season.The experienced Spaniard eventually returned to Brescia during January's transfer window, with Appiah staying put at Mario Rigamonti.Appiah is enjoying a successful season with Brescia and would be happy to remain with Carlo Mazzone's outfit but the 22-year-old has revealed Roma are striving to lure him to Stadio Olimpico."I know my agent is talking with Roma and that pleases me, as I feel I am ready to play for a team at a higher level," said Appiah."I'm ready for Roma. I've matured this year and am watching the market closely. It would be an honour for me to wear the Roma shirt."However, Appiah has warned Roma he has no intention of heading to the Eternal City merely to make up the numbers.He has hinted that, unless he is guaranteed a regular first-team spot, he would prefer to stay at Brescia.Appiah added to Corriere dello Sport: "One thing is certain, though. If a big team signs me, I would go there to play, not to sit on the bench."If that was the case, I would stay at Brescia."