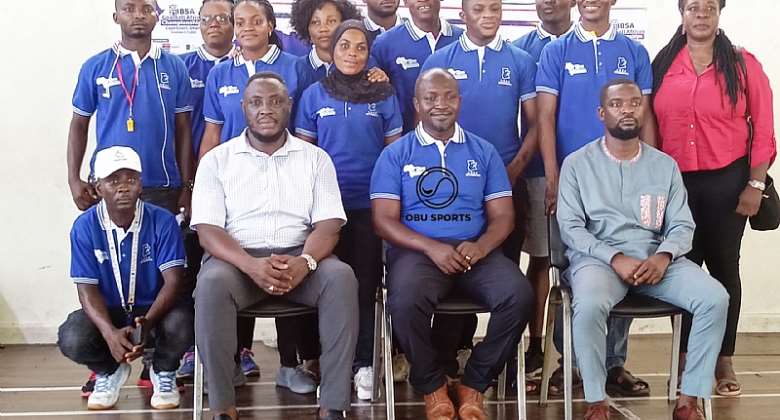 The Ghana Blind Sports Association has launched the 2021 IBSA Goalball Championship at the Accra Sports Stadium on Wednesday, November 17, 2021.

Since its inauguration, the Wing has established sports branches in ten regions of Ghana, where blind people meet and organize sporting activities with a continuously growing membership. Goalball, athletics, Blind football, showdown, tandem cycling and Judo have been introduced with great success ensuring that blind people interact with their peers and break down the feeling of isolation.

Ghana is billed for the first time as host of the IBSA Goalball Africa Championship slated for Cape Coast in the central region from December 3- 11.

For the first time in the history of the competition, eight (8) countries Nigeria, Egypt, Algeria, Kenya Cote d'Ivoire, Cameroon and Morocco will all join the host Ghana to battle for supremacy and honours in the sport of Goalball.

The competition would feature both men and women teams.

It would be the first time Ghana would be hosting the championship since it was staged once in Algeria and twice in Egypt.

At the last African Championships in Port Said, Egypt, in 2020, the Algerian men’s and women’s teams both took gold to secure their place at the Paralympics.

The 2021 Championship would be a qualifier for the 2022 IBSA Goalball World Championships in Hangzhou China, from 6-18 July. The top three teams in each gender would secure their tickets.

Mr. Peter Adjei Secretary-General of the National Paralympic Committee – Ghana pledge that the NPC-Ghana will continue to support the Ghana Blind Sports Association in the quest to develop para-sports in the country.

"The next Paralympic Games will be held in Paris in 2024 and the NPC- Ghana led by President Samson Deen is ready to back you to host this important competition to make a mark and continue to progress in other competitions till you get to the Paralympic Games in Paris," Peter Adjei said.

The National Sports Authority was represented by Jeffrey Owusu who had kind words for the Ghana Blind Sports Association parting the leadership on the shoulder for succeeding to win the bid to organize an African Championship.