Essien to disappoint Milan, Everton and stay in France 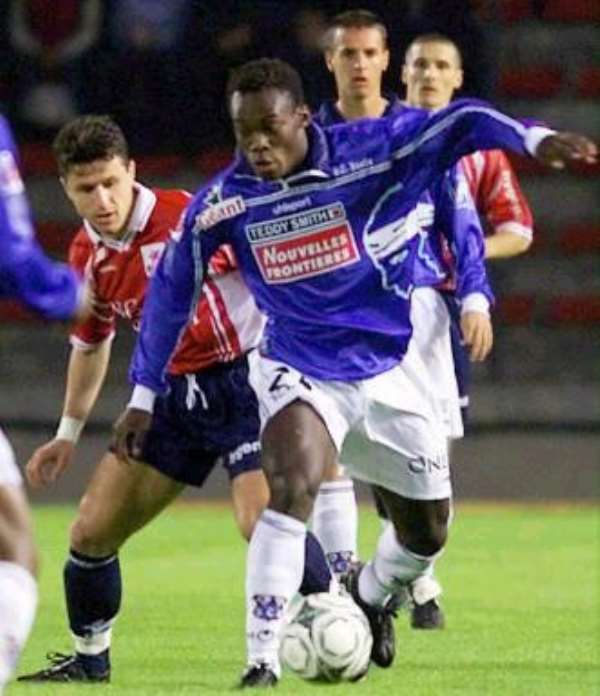 SOUGHT-AFTER Bastia midfielder Mickael Essien has said that he would prefer to play his football in France next season.The Ghanaian international has attracted the interest of a whole posse of European clubs, among them Everton, Milan, Bayern Munich and Lyon.The 20-year-old combative midfielder told L'Equipe though that he would prefer to continue his stay in Le Championnat and would prefer a move to Lyon."I would love to play for one of the big French clubs and I would like to work with Paul Le Guen (Lyon coach)."Above all, I love the game. So that's why I don't want to go to Italy now."I want to play, not stay on the bench, and in Italy they don't trust the young players."Premiership side Everton are already believed to have tabled a bid of around £4 million for the player and Bastia coach Frederic Antonetti believes the African star will go on to great things."He is pure talent, a gift of the sky. I made him sign his first professional contract."A boy like that is a treasure for any coach."He has a perfect state of mind, he is resilient, technically gifted. He can do anything. He is the prototype of the modern defensive midfielder."I choose my words carefully when I say that he will soon be at the same level as Patrick Vieira."He could walk into the Arsenal, Manchester United, Milan or Real Madrid teams without any problem."Essien, himself, also confessed that French captain Vieira, is a particular favourite of his: "He is my idol."I record all his Arsenal matches and when I have time I watch his every movement."I like his aggressive attitude. I am harsh like him but not as malicious yet."