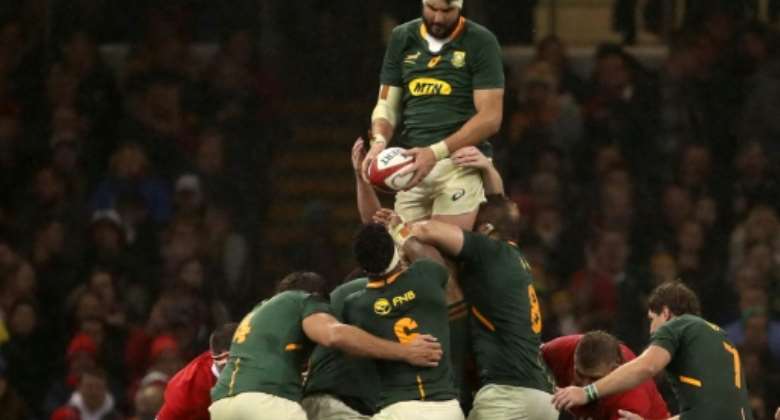 The trio have all been selected in what the Springboks said were "rotational changes" to the side that took the field for last week's 30-15 win over Scotland at Murrayfield.

Pollard and Reinach have replaced Elton Jantjies and Herschel Jantjies, who are both now on the bench. De Jager has returned in place of Franco Mostert, who will also be among the replacements this weekend.

The Springboks will be bidding for a first win against England at Twickenham since 2014 as they look to complete a clean sweep on a northern hemisphere tour that started with a 23-18 win over Wales in Cardiff.

Victory would also see South Africa retain their number one world ranking and leave the Springboks with a record for the season of nine victories in 13 Tests, including a 2-1 series win over the British and Irish Lions.

"England will pose different threats to Scotland, and with that in mind we have decided to start with Handre, Cobus and Lood," said Nienaber.

England, who defeated Australia 32-15 last week, are due to name their side on Thursday.