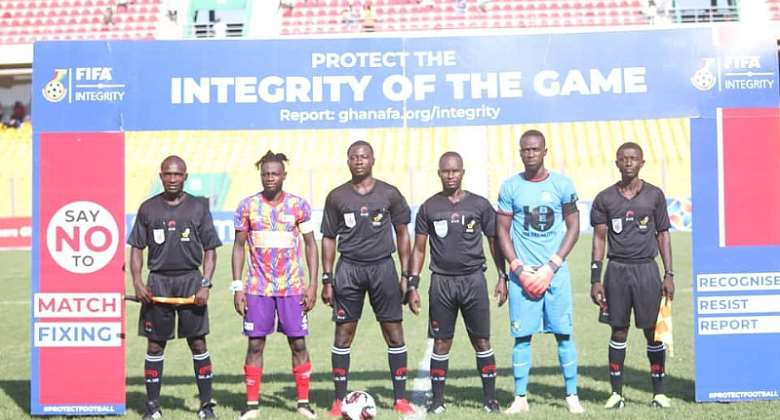 Aduana Stars on Sunday afternoon held Hearts of Oak to a 1-1 draw at the Accra Sports Stadium as the winless run of the Phobians increased to three in the new Ghana Premier League season.

Since the 2021/2022 Ghanaian top-flight league commenced, the defending champions have struggled to compete although they have not lost any game.

The team’s inability to win games has become worrying with some fans already calling for the head of head coach Samuel Boadu.

Today in Accra, Hearts of Oak locked horns with Aduana Stars in a matchday 3 encounter of the recently started Ghana Premier League campaign.

After just 9 minutes into the first half, the Phobians equalized through striker Kofi Kordzi to take the lead.

Unable to increase their tally before the break, Aduana Stars came into the second half strong and equalized through an effort from Bright Adjei from the spot.

With no other goals in the game, the encounter ended in a 1-1 draw as both teams earned a point apiece.