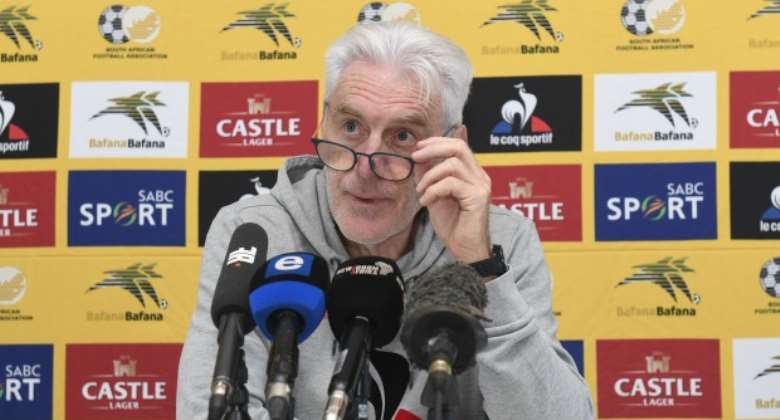 South Africa coach Hugo Broos has said his side is ready to match up against Black Stars in their crucial 2022 FIFA World Cup qualifier on Sunday.

Bafana Bafana took one step closer to the next round of World Cup qualifiers after recording a 1-0 win over Zimbabwe at the FNB Stadium on Thursday in the matchday five games, leaving Hugo Broos three points clear of Ghana at the top of the Group G standings.

South Africa are set to face Ghana in the deciding fixture in the final Group G tie at the Cape Coast Stadium, a game they need to avoid defeat to progress to the next stage of the qualifiers.

According to the Belgian trainer, he will not line up with a defensive mindset but that his side will instead look to take the game to Ghana

“We [would] make the biggest error or biggest mistake if we are going to defend on Sunday, then you will see goals for sure. You know, one goal is nothing but a second goal, then it becomes tricky, very tricky,” Broos, who was at first unaware of the permutations, said.

“We have to, in some periods of the game, we have to make pain to Ghana also. If you are just defending you lose the game and let’s hope that we don’t lose the game with much goals.

“But, we will not do that. We have to also play our game. Okay, it’s in Ghana, it’s different but we will not only defend, not at all. It would be the biggest mistake we could make.” he added.

The game has been scheduled to kick off at 19:00GMT.