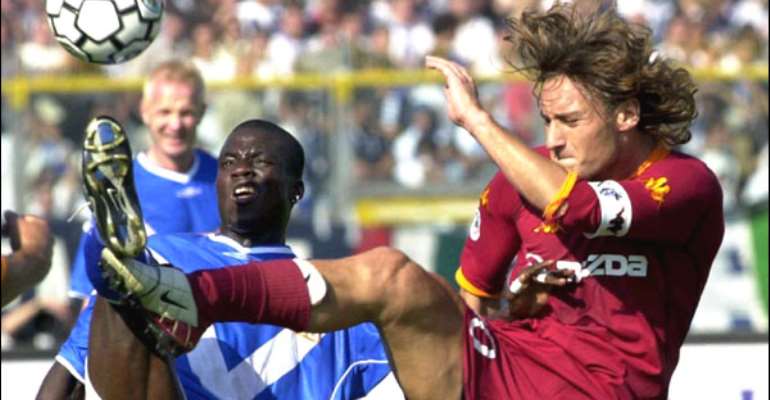 Italian Serie A giants AS Roma have renewed their quest for the skipper of the Black Stars to augment their squad for the next Italian football season. The club president of AS Roma Francesco Sensi is reported to have held talks this morning with his Parma counterpart Stefano Tanzi over the transfer of the Ghanaian midfielder following requests by the coach of Roma, Fabio Capello to have Appiah signed for next season. Appiah who is currently on loan from Parma to Brescia has expressed interest in the deal adding that the deal will be completed in summer if Parma agrees to the terms set out by Roma. The Italian sports newspaper “Tuttosport” also the story this evening by adding that Roma’s target for next season are Stephen Appiah, Ibrahimovic of Ajax Amsterdam and the Spanish U –21 international, Pablo of the Albacete. Speaking in an interview this evening Appiah revealed that Parma are keen to having him back after his loan deal with Brescia expires but the Ghanaian international will like to move on in the face of some offers his agents have received from clubs in England and Spain too.
Roma are facing a difficult time this season as they are currently placed tenth on the Serie A league table. Their move to sign Appiah has been reverberated by the good performance of the captain of the Black Stars in their goalless draw match following Appiah’s return from an ankle injury last Friday.