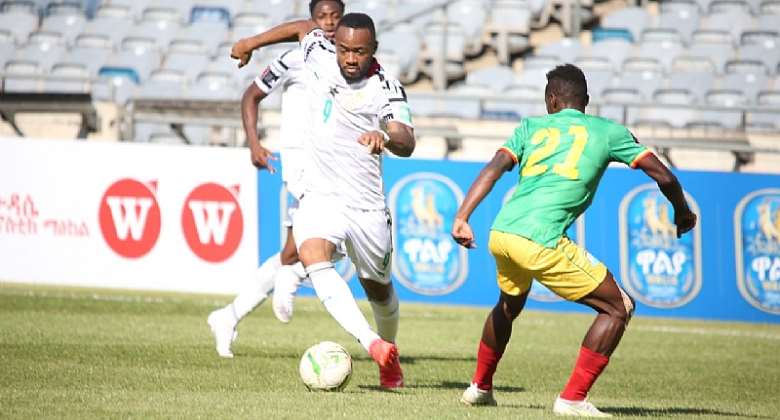 Ghana’s chances of qualifying for the 2022 FIFA World Cup tournament has become slimmer after the latest 1-1 draw with Ethiopia.

Nicknamed the Black Stars, the national team of the West African country today locked horns with Ethiopia in South Africa in the penultimate game of Group G of the African qualifiers.

Having gone into the game trailing South Africa by a point in the group, Ghana had to win this game at all cost to pile pressure on the table toppers before they take on Zimbabwe later in the day.

Although Ghana dominated play in the first half and scored through Andre Ayew to take a deserved lead into the break, Ethiopia came in strong in the second half and scored in the 72nd minute to restore parity.

Despite all efforts by the Black Stars, the team could not scored the decisive second goal and hence had to settle for a 1-1 draw.

The results put South Africa in control of Group G and Ghana made to pray in hopes that Zimbabwe will pick points off the Bafana Bafana today.

Later on Sunday, Ghana will host South African in the final Group G showdown of the African qualifiers to the 2022 FIFA World Cup.