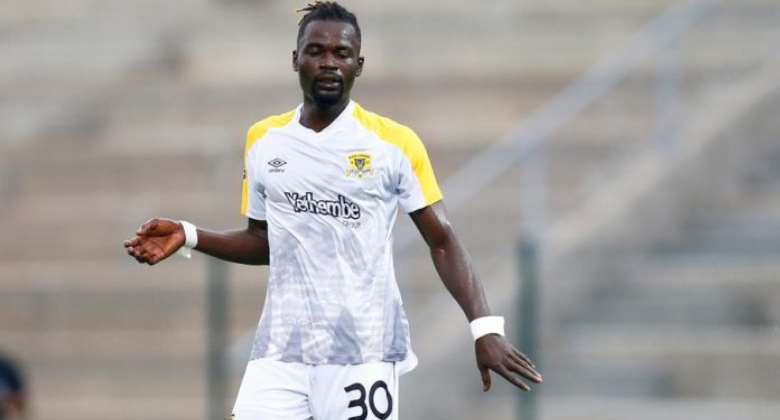 Ghanaian forward Mohammed Anas has been released by TS Galaxy following complaints about the ‘bad luck’ he’s come with to the club.

A source said some Galaxy players in the team raised their concern about Anas having bad luck and transferring it to the whole team.

“Every team he’s played for here (in South Africa) has either dodged relegation by a whisker or got relegated. He was at Maritzburg and they merely survived relegation that season. He was at Free State Stars when they were relegated and the same happened at Polokwane City.

“Last season he was with Black Leopards and the same thing happened. The players were worried that they are trying everything but the results are just not coming. He was quietly released by the club last week,” said the source.

In 2017, a post-match interview by Anas went viral after he thanked his wife and girlfriend. He, however, denied being unfaithful, saying, “My family knows that I call my daughter my girlfriend. That’s what I was talking about. I don’t have a girlfriend.”

The Kumasi-born moved to South Africa in 2016 from Eswatini and has represented five clubs including Maritzburg United and Black Leopards.