2021 Afcon: CAF confirm the use of VAR throughout tournament 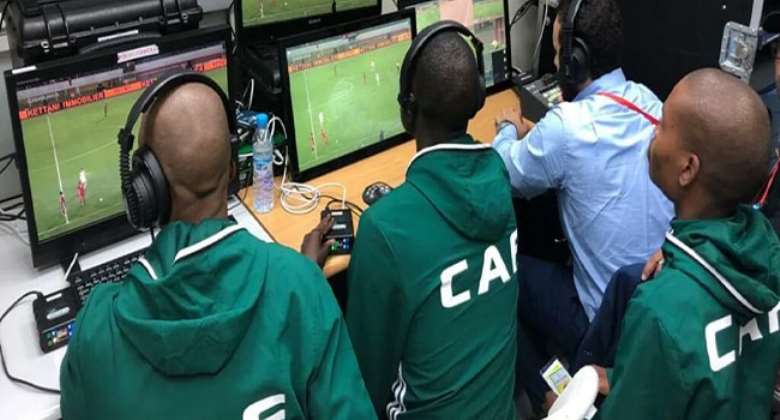 The Confederation of African Football (CAF) has reportedly informed all the 24 Nations to take part at the 2021 African Cup of Nations [Afcon] that, the Video Assistant Referee (VAR), will be used throughout the competition.

The VAR was implemented in the last edition in Egypt, but was abandoned in the group stages and started getting into use from the knockout stage to the final.

Also, it was supposed to be used in the 2019 CAF Champions League final between Esperance and WAC but failed due to malfunction of the system before kickoff thereby leading to an abrupt ending of the game

However, the latest intelligence indicates, the continent's highest football governing body CAF, have communicated to all participating nations that, there's going to be the use of VAR throughout the 2021 Africa Cup of Nations which will be staged in Cameroon.

The opening game of the competition is scheduled to kick off on January 9, 2022, with a game between host nation Cameroon and Tunisia at the Olembe Stadium in the capital, Yaoundé.

The delayed Afcon will end February, 2022.
Six main stadia have been earmarked to host games during the tournament, notably amongst which are the Olembe Stadium that will host the opening and closing events, the 50,000 capacity Japoma stadium in Douala, the Yaoundé Ahmadou Ahidjo stadium, the Omnisport Stadium in Bafoussam, the Limbe Omnisport Stadium in Ngeme, and the Roumde Adja stadium in Garoua.

The Olembe Stadium will host the opening and closing events of Afcon 2021.

These six playgrounds are already equipped with the Video Assistant Referee system, which have already been put to used during the African Nation’s Championship, CHAN, that took place in Cameroon this year.

Mankessim murder: Another suspect grabbed at Akwakrom
8 minutes ago