Barcelona name Barjuan as interim coach after dismissal of Koeman 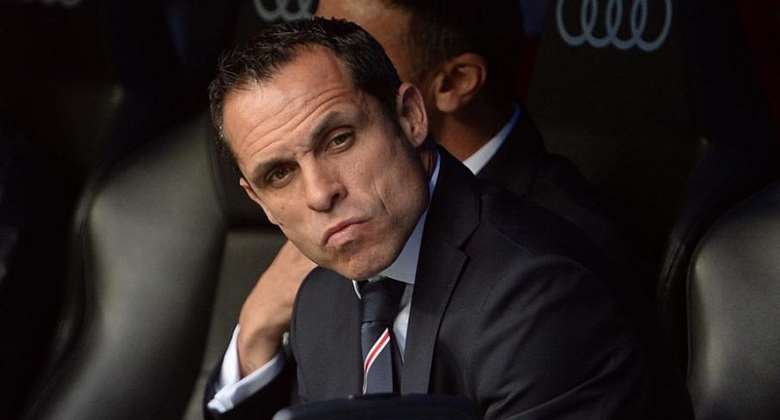 Barcelona have named their 'B' side coach Sergi Barjuan as interim manager following the departure of Ronald Koeman, the LaLiga club said in a statement on Thursday.

Dutchman Koeman was sacked after Barca's 1-0 loss to Rayo Vallecano on Wednesday, their fourth defeat in six games in all competitions.

"(Barjuan) shall be taking provisional charge of the technical management of the senior squad. His interim position as first team head coach shall end as soon as the club has hired a full-time head coach to replace the dismissed Ronald Koeman," the club said in a statement.

Former midfielder Xavi, who enjoyed a trophy-laden 17-year career at the club and is currently head coach of Qatari side Al Sadd, is widely tipped to take over on a permanent basis.

Barjuan will be presented to the media on Friday before concentrating on the task of preparing the side for the LaLiga clash with Alaves in which the Catalan club will be seeking to avoid a third successive league defeat.

They are ninth in the standings with 15 points from 10 games while in the Champions League they face a crucial match away to Dynamo Kiev on Nov. 2 when defeat would leave them in serious danger of failing to reach the knockout phase.

While Barjuan has been entrusted with steadying the ship, it looks increasingly likely that Barcelona have earmarked former Spain international Xavi as Koeman's replacement.

He was a key player in a golden era for the club before leaving in 2015 to play for Al Sadd, then taking over as head coach in 2019 after hanging up his boots.

In April, the 41-year-old led the team to the Qatari domestic league title while remaining unbeaten. He lifted his seventh trophy as Al Sadd boss just a few days ago as his team beat Al Rayyan 5-4 on penalties to win the Emir Cup.

Xavi is under contract with Al Sadd until 2023.