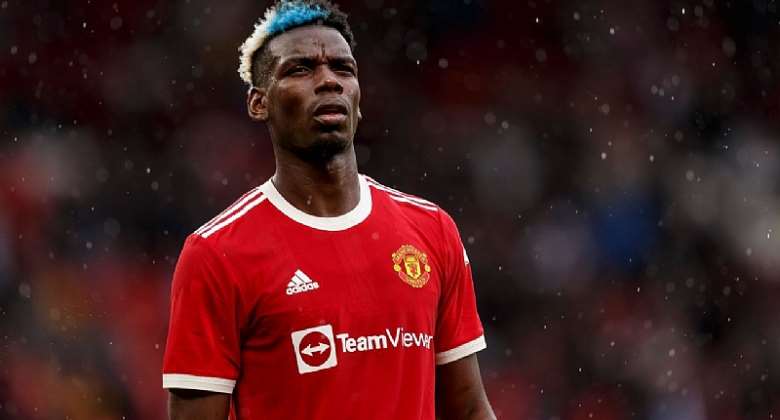 Manchester United is prepared to lose Paul Pogba for free next summer after accepting the midfielder will not sign a new contract at Old Trafford, sources have told ESPN.

The France international, who cost a then-world-record £89.1 million when he signed from Juventus in August 2016, will become a free agent when his contract expires at the end of June 2022.

He has consistently rejected United’s offer of a new deal at the club.

However, despite the prospect of the player running down his United contract for a second time — United were awarded £800,000 in youth development compensation when Pogba left as a free agent to Juve in 2012 — sources have said there is no alarm or concern at Old Trafford about the likelihood of the 28-year-old leaving for no fee.

Real Madrid, Juventus, and Paris Saint-Germain have previously expressed an interest in Pogba, but none of them is planning to make a move for the player in January, preferring instead to negotiate a free-agent deal next summer.

Sources have told ESPN that United factored in the likelihood of Pogba leaving as a free agent at the end of his contract when they agreed to his transfer fee and wages five years ago.

Although the club could raise a fee for Pogba by offloading him in the January transfer window, sources have said that United’s owners, the Glazer family, are relaxed about the possibility of missing out on a transfer fee, having decided that the benefits of having the player available for the final six months of the season outweigh the potential financial boost of moving him on in January.

United have made repeated efforts to persuade Pogba to sign a new contract, but senior figures have believed since the end of last season that it was unlikely that he would commit to new terms, with plans already being made to strengthen the midfield without him next summer.

Pogba will miss United’s next three Premier League fixtures, against Tottenham, Manchester City, and Watford, after he was sent off for a foul on Naby Keita during Sunday’s 5-0 defeat against Liverpool at Old Trafford.

The midfielder had been dropped to the bench by manager Ole Gunnar Solskjaer for United’s past two fixtures, against Liverpool and Atalanta, but sources have said that Pogba remains a valued member of the first-team squad and that there is no rift between the player and the manager.

Immediately withdraw your directive to Goil; it's dangerous ...
34 minutes ago