Revealed: This is how much Barcelona paid fired coach Ronaldo Koeman 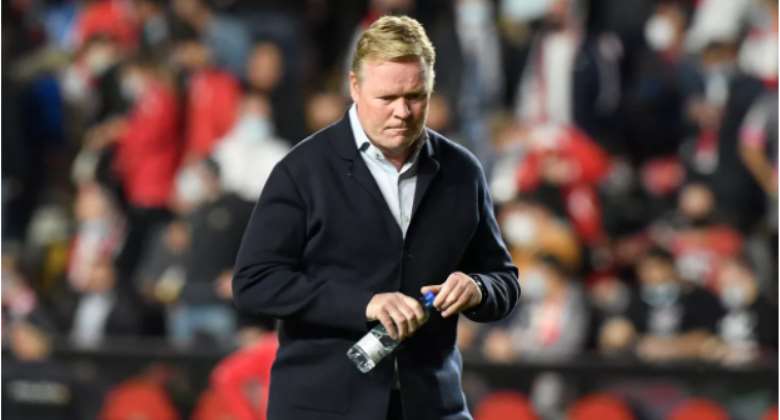 Following Barcelona's defeat to Rayo Vallecano on Wednesday night, Ronald Koeman has been fired as the head coach of the club.

Former FC Porto and Athletico Madrid striker, Radamel Falcao scored the only goal of the game.

In a statement, the Catalan club said: “FC Barcelona has relieved Ronald Koeman of his duties as first-team coach.

“The president of the club, Joan Laporta, informed him of the decision after the defeat against Rayo Vallecano.

“Ronald Koeman will say goodbye to the squad on Thursday at the Ciutat Esportiva.

"FC Barcelona wishes to thank him for his service to the club and wishes him all the best in his professional career.”

Xavi is now widely expected to replace the outgoing Koeman in the coming days, should an agreement be reached with current club Al-Sadd.

Koeman - who starred for the club as a player and helped them to European Cup glory in 1992 - was installed as manager of Barca in the summer of 2020, with his arrival coming at a time of huge upheaval for a club who had been hard hit financially by the pandemic.

He led Barca to the Copa Del Rey title, but the summer saw the shock departure of Lionel Messi and a cutting of their cloth.

The loss of arguably the greatest footballer to play the game could not be offset, with Barca struggling domestically and in Europe.

As well as being ninth in La Liga, they are third in Champions League Group E after a trio of games.

As per Spanish outlet El Pais, Barcelona have had to part with a hefty sum in order to remove him from the managerial role, with financial constraints perhaps the reason that he clung on to the job for so long in the first place.

The sum? Around 12 million euros, which will now have to be factored into any budget going forwards.

Reports in Spain claimed previously that Barcelona could only afford to spend around 16 million euros this January (as a first payment), and were looking to target Raheem Sterling. With 12 million now leaving the coffers, that move looks in serious doubt now.

Immediately withdraw your directive to Goil; it's dangerous ...
18 minutes ago