Bibiani Gold Stars: Our target is to stay in the Premier League, says Club CEO 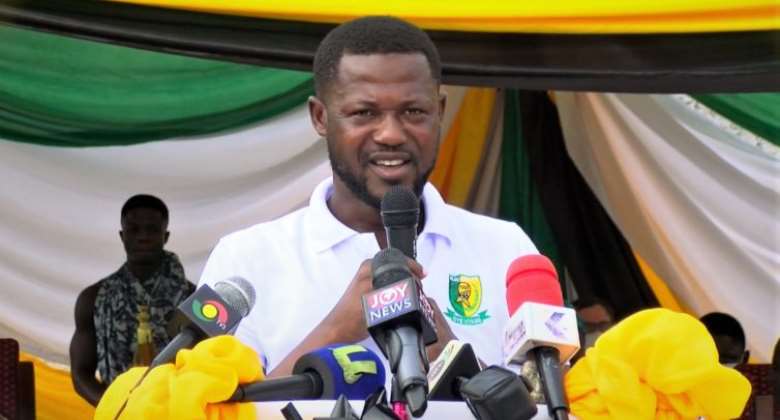 The Chief Executive Officer [CEO] of Bibiani Gold Stars has revealed that their target for the season is to maintain their status in the topflight.

Gold Stars who are based in the Western North Region secured qualification to the Premier League, topping Zone Two of the Division One League.

Having strengthened the playing body and the technical team, Kwesi Aidoo, who is the CEO of the said their target is to remain in the league at the end of the season.

“The vision of Gold Stars is big but we can’t say much here. However, the most important thing is that Gold Stars must sustain in the Ghana Premier League forever,” said Mr Aidoo.

He believes the Club has the right support and courage to succeed.

“Going into the third, fourth and fifth seasons we must be planning to play an African match here at the Duns Park Bibiani because there’s nothing impossible in the books of Gold Stars management,” he stated.

Gold Stars will play their first premier league match of the season at home against Berekum Chelsea on Sunday, October 30 at the Duns Park.