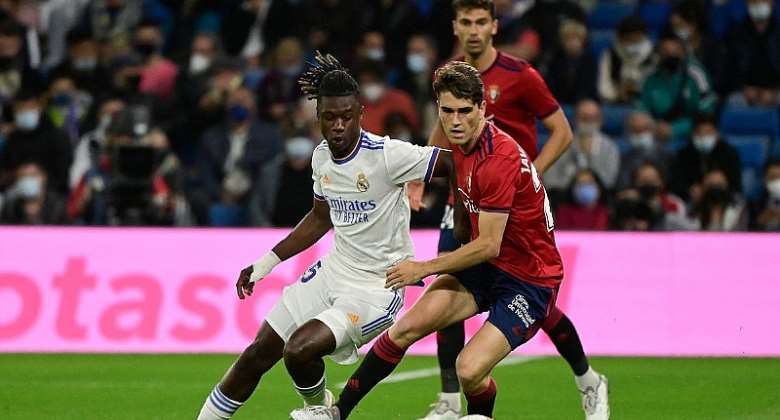 Real Madrid moved top of La Liga with a goalless draw against Osasuna but missed the chance to build the two-point advantage a win would have given them.

Sunday’s El Clasico victory over Barcelona gave Real Madrid the chance to go two points clear at the top of La Liga, but they failed to grasp that opportunity despite taking first place.

The hosts controlled much of the first half, but it was Osasuna who came closest to finding the back of the net when a corner bounced off Kike Garcia’s thigh and over the Real Madrid crossbar after 35 minutes.

Carlo Ancelotti introduced Rodrygo for the start of the second half, but Real Madrid still struggled to create.

Instead, it was Osasuna who came within inches of scoring when Jon Moncayola struck the post.

Karim Benzema also struck the woodwork, lashing a powerful drive off the top of the crossbar from a tight angle, but that was the closest Real Madrid came to a goal as they were held in front of their own supporters.