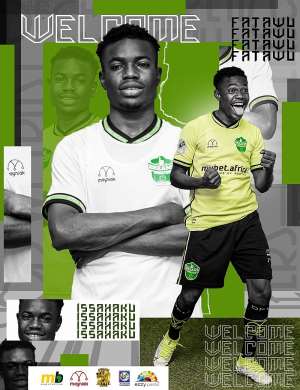 This comes on the back of a publication by Modernghana Sports last week that the teenager has sealed a move to the Ghana Premier League club.

With his signing, Dreams FC have strengthened its squad and eager to present a formidable squad to compete in the 2021/2022 Ghana Premier League season.

Abdul Fatawu Issahaku, 17, in the past year has established himself as one of the highly-rated attacking players in the country.

His display at the U-20 AFCON that saw him being named the best player at the tournament shot him to stardom.

Already, he has been capped a few times in the Black Stars and expected to be part of the team that will play in the upcoming world cup qualifiers against Ethiopia and South African next month.

Today, the forward has been unveiled by Dreams FC and should be available for selection on Saturday when the team takes on Asante Kotoko in the first match of the new Ghana Premier League season.

COVID-19: Government to announce more measures ahead of Chri...
8 minutes ago