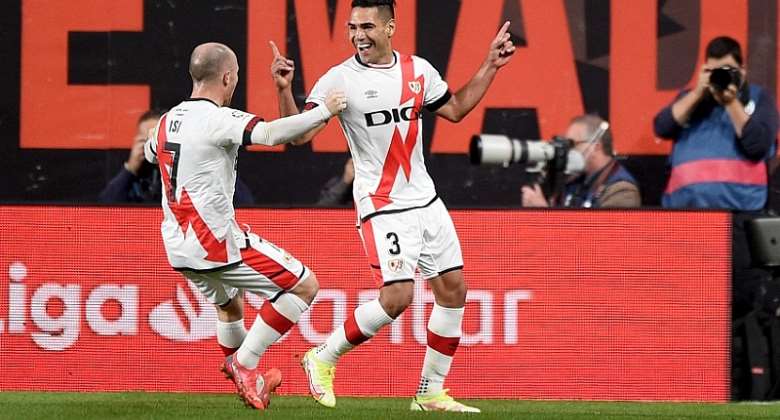 Radamel Falcao scored and Memphis Depay missed a penalty as Rayo Vallecano piled more misery on Ronald Koeman with a 1-0 win over Barcelona.

The Catalans visited Vallecas in need of a strong response following Sunday’s defeat to Real Madrid in the first Clasico of the season.

Instead, Barca fans were given another sign of how far their team have fallen.

An even first half saw few opportunities created until the 30th minute when Falcao made the most of some slack play from Sergio Busquets to guide a finish in off the inside of the far post.

Sergio Aguero, handed his first start for his new club, spurned two good chances to restore parity in the second half before Jordi Alba’s match came to an early end due to injury.

Barca looked to have been given a lifeline when Memphis was tripped inside the box, but the Dutch forward had his penalty kick saved by Stole Dimitrievski as Rayo Vallecano held on to their lead.

The result lifts Rayo Vallecano up to fifth place in the La Liga table after a strong start to the season, while Barcelona are slumped in ninth place with pressure almost certain to intensify on Koeman.

COVID-19: Government to announce more measures ahead of Chri...
23 minutes ago