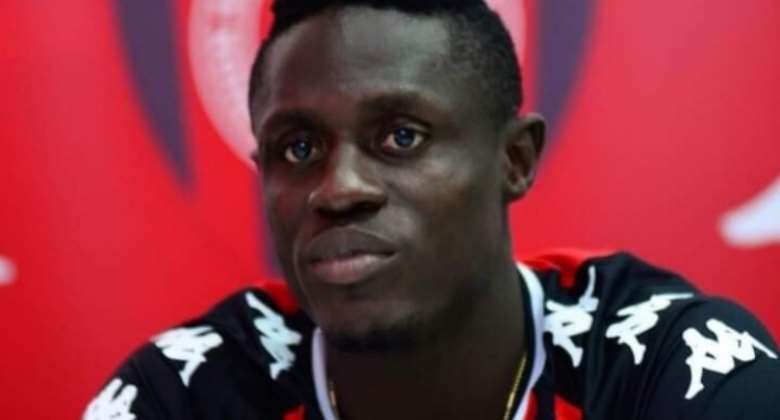 Striker Kwame Opoku has cautioned Hearts of Oak to take their chances against JS Saoura.

Samuel Boadu and his charges following their elimination from the CAF Champions League playoffs have dropped to the Confederations Cup.

The Phobians were humiliated by 6-1 in the reverse of the competition in Casablanca despite winning the first leg in Accra. The tie ended 6-2 on aggregate in favour of the Moroccan club.

With Hearts of Oak handed JS Saoura in the playoffs of the Confederations Cup, the former Asante Kotoko striker has called on the club not to underrate Saoura.

“I see that Hearts of Oak have the upper hand over them (JS Saoura)," Opoku, who plays for USM Alger told Kumasi-based Ashh FM.

“This is because Saoura will come to Ghana for the first leg match and they will not open up, they will not let the game flow in order not to concede plenty of goals and so we have the advantage.

"We must make sure to kill the game here else it will be very difficult over there in Bechar,” he added.

The Phobians will host the Algerian club at the Accra Sports Stadium in November before travelling to North Africa to honour the second leg game.

Hearts of Oak, however, begin their Ghana Premier League title defense with a home game against Legon Cities at the Accra Sports Stadium on Sunday.