Hearts of Oak: Gladson Awako to resume training with teammates this week - Reports 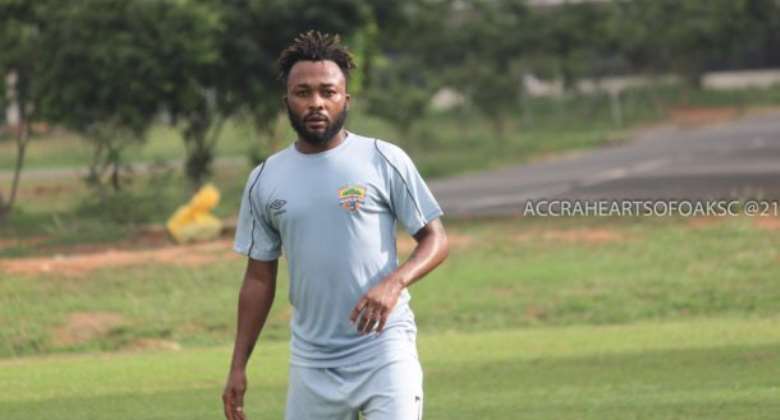 Midfielder Gladson Awako is expected to resume training with Hearts of Oak teammates this week according to multiple media reports.

The 30-year-old after joining the Ghana Premier League champions this summer is yet to feature for the club.

Awako had refused to train with the club due to issues that was widely reported to be spirituality.

With the club preparing for the new Ghana Premier League campaign, the former TP Mazembe playmaker is set to return to the club.

Awako did not feature in any of Hearts of Oak's three games played in the Caf Champions League playoff games.

The midfielder was not part of the team in the win over CI Kamsar and also missed the Wydad Athletic Club home and away games, a tie that ended 6-2 on aggregates in favour of the Moroccan side.

The Phobians will play Algerian side, JS Saoura in the Caf Confederations Cup playoff scheduled for November and December.

Awako joined the Ghana Premier League champions on a two-year deal from Great Olympics in a deal worth $15,000. He is expected to strengthen Hearts of Oak with his rich experience.

Hearts of Oak will begin their title defense with a home game against Leegon Cities on Sunday at the Accra Sports Stadium.