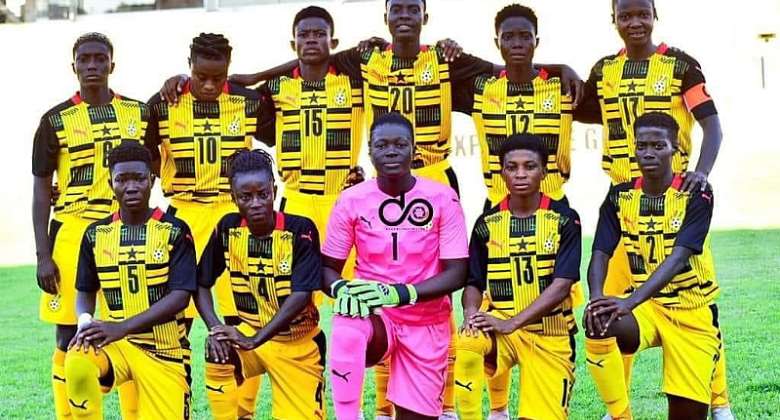 Ghana’s Black Queens have dissolved camp following their elimination from the qualifiers for the 2022 Africa Women’s Cup of Nations (AWCON) last Sunday.

Consequently, all players have left the camp base and returned home with the three foreign-based players, Portia Boakye, Princella Adubea and Grace Asantewaa all expected to return to their bases.

Coach Mercy Tagoe-Quarcoo who confirmed this to Graphic Sports, said there was no need to keep the players in camp as there was no immediate assignment.

“We could not advance in the qualifiers as we had hoped to and with that assignment over, there is no need to keep the players in camp, so we have dissolved camp until such a time when there will be the need for the Queens to reassemble,” she explained.

Last Sunday, the Queens beat Nigeria 1-0 in the second leg of their 2022 AWCON first leg qualifier but it was not enough to progress in the qualifiers, having lost 1-2 on aggregate.

This result has not only affected the Queens participation in the 2022 competition but also denied them the opportunity to vie for a place in the 2023 Women’s World Cup (WWC).

Disappointing as it is, Coach Tagoe Quarcoo believes the team she assembled for the campaign has a future and would be looking forward to working with them.

She said, for now, she would submit her report to the Competitions department of the Ghana Football Association and would await the next assignment.

“For now, there is no immediate assignment and so I will be submitting my report. But if you ask me, the team that played against Nigeria is the future of the Queens. Everything, however, depends on the Executive Council, once the necessary postmortem is done and the decision is taken, we take it up from there.

“Missing out on the AWCON and the 2023 WWC is disappointing but I’m proud of the performance of the team,” Tagoe-Quarcoo said.

Unless the Queens have some international friendlies or invitational tournaments to play in, they will not have much to do until the latter part of 2022 when they begin preparations for the 2023 Africa Games.