Carabao Cup: Arsenal through to Carabao Cup quarter-finals with win over Leeds United 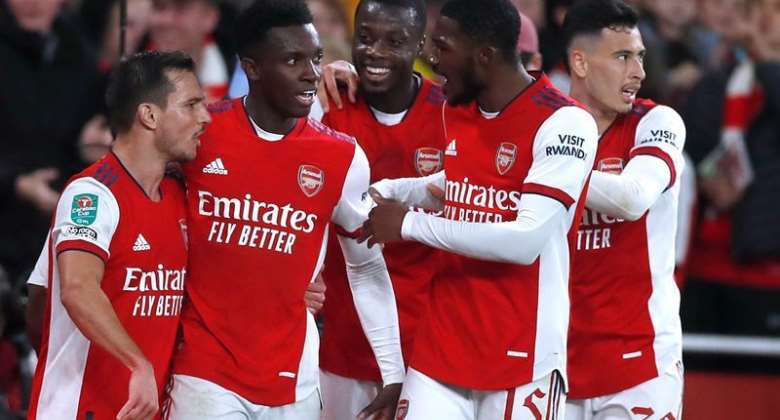 Arsenal secured a 2-0 win at home over Leeds United in the last 16 of the Carabao Cup on Tuesday night.

Second-half goals from Calum Chambers - with his first touch, 23 seconds after coming on as sub – and Eddie Nketiah gave Arsenal an ultimately comfortable win, taking them into the last eight of the competition and maintaining their recent good form. Leeds, on the other hand, might’ve won but instead maintained their dismal start to the season and desperately need some of their better players back.

Arsenal started quickly, Gabriel Martinelli shooting against Ilian Meslier’s undercarriage, but Leeds soon took over, Daniel James allowing a first touch and therefore a chance to get away from him before Bernd Leno made a terrific save from a Jack Harrison effort that zipped through a crowd of players.

After the break, Arsenal took control, quicker to the ball and able to get Emile Smith Rowe into the game.

But their first goal came in bizarre circumstances, Ben White limping off prior to a corner, for Chambers, his replacement, to head home when Pepe head it back across. And on 69 minutes, Nketiah settled things with an equally strange affair, seizing on a poor back header from Liam Cooper to touch beautifully over Meslier, before dribbling home from two yards, off his shinpad.