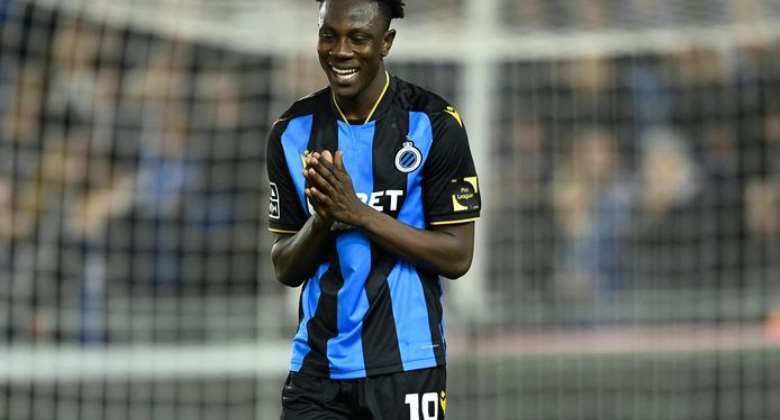 Ghanaian youngster, Kamal Sowah is considering switching nationality to play for Belgium at the international level according to reports.

The 21-year-old who joined Club Brugge this summer has been impressive for the club in the ongoing season.

The former Right to Dream Academy graduate following his move to Leicester City struggled to break into the team and was sent out on loan multiple times.

After an impressing at OH Leuven, the wing-back made a move to Club Brugge permanently.

Following his impressive performance against PSG in the Champions League, Sowah was expected to earn a call up to the Black Stars but was overlooked by the former gaffer, CK Akonnor.

And according to multiple reports in the local media, the enterprising forward is on the verge of naturalising for Belgium.

Sowah is now a starter at Jan Breydel Stadion playing in most of their matches so far this season.

He has so far made a total of 8 appearances for the club in all competitions for Club Brugge.