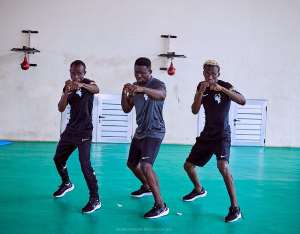 President of the Ghana Boxing Federation (GBF), Mr George Lamptey is lamenting the absence of the Black Bombers, Ghana National Boxing Team at the 2021 World Boxing Championships in Belgrade.

Speaking with Yours Truly he said the AIBA Men's World Boxing Championships is a important event that builds the confidence of boxers, apart from the experience and exposure that it offers boxers.

The international competition has started on October 25, 2021, and is scheduled to end on November 6, 2021.

According to Mr George Lamptey, boxing is still the backbone of Ghana Sports and will remain the best to give the nation laurels, but if the boxers and coaches are not supported or encouraged they cannot win as expected from international meetings.

He said after the great achievement of the Black Bombers at the Tokyo Olympic Games should convince the sports authorities that the boxers are capable of putting the name of Ghana very high.

According to the GBF President, Jessie Lartey has qualified to compete at the AIBA World Championship, but due to lack of funds, he can not represent Ghana.

He also stated that the GBF is still owing some companies and people who supported them before the Olympic Games, and they are waiting for the promise from the President, Nana Akufo Addo to settle their debts.

The President of Ghana promised to give each member of Team Ghana $5,000 for their great feat at the Olympic Games. 38 people comprising athletes, coaches, medics, media and federation heads represented Ghana at the 2020 Olympic Games in July and August this year.